Today the search engine giant Google celebrates its 14th Birthday, and to celebrate Google has created its very own animated Google doodle which transforms from a chocolate cake into the Google logo, which is underneath the cake and fourteen candles, as it virtually gets eaten. 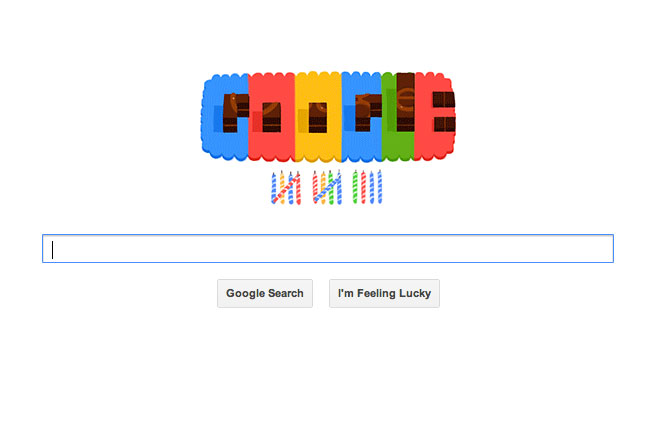 Until 2005 Google celebrated its birthday on September 7th the day Google business was incorporated, but has now switched to  September 27th as its official birthday. The change of date was more a convenience in 2005 and was done to celebrate the the record number of pages that the search engine was indexing.

Fourteen years have passed since Google was originally created by its founders two Stanford university students, Larry Page and Sergey Brin, who in the process have changed the face of the Internet. I wonder what amazing technologies Google will create in the next 14 years.