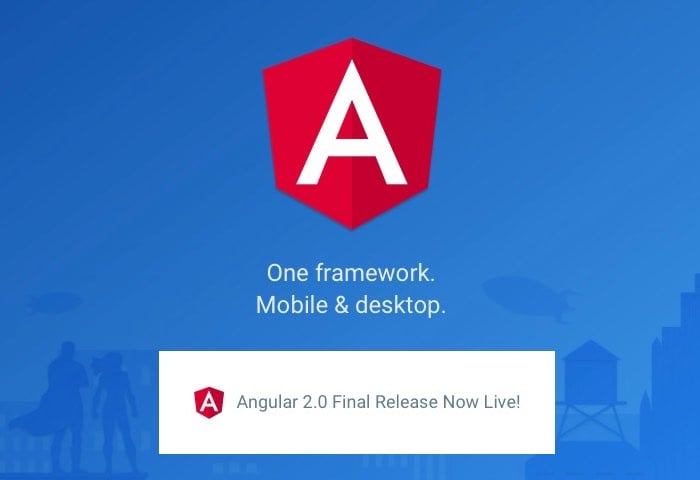 Google has this week released the final version of its new Angular 2.0, the JavaScript-based open-source front-end web application framework, which is maintained by Google together with a community of individuals and corporations.

Angular has been created to address many of the challenges encountered in developing single-page applications and the JavaScript components complement PhoneGap, the framework used for developing cross-platform mobile apps.

Learn one way to build applications with Angular and reuse your code and abilities to build apps for any deployment target. For web, mobile web, native mobile and native desktop. Achieve the maximum speed possible on the Web Platform today, and take it further, via Web Workers and server-side rendering.

Angular puts you in control over scalability. Meet huge data requirements by building data models on RxJS, Immutable.js or another push-model. Build features quickly with simple, declarative templates. Extend the template language with your own components and use a wide array of existing components. Get immediate Angular-specific help and feedback with nearly every IDE and editor. All this comes together so you can focus on building amazing apps rather than trying to make the code work.

For more information on the new Google Angular 2.0 jump over to the official Angular website for details by following the link below.