Good News is a fairly popular application available for iOS devices that give users the ability to check for feeds. It doesn’t only allow users to read RSS feeds, but also let them import subscriptions from other popular RSS reading services such as Feedly, Feedbin, FeedWrangler and NewsBlur, as well as support for many languages.

Recently, the application received a new update, bumping it to version 1.9, and comes with a completely redesigned users interface, along with support from more RSS reading services. 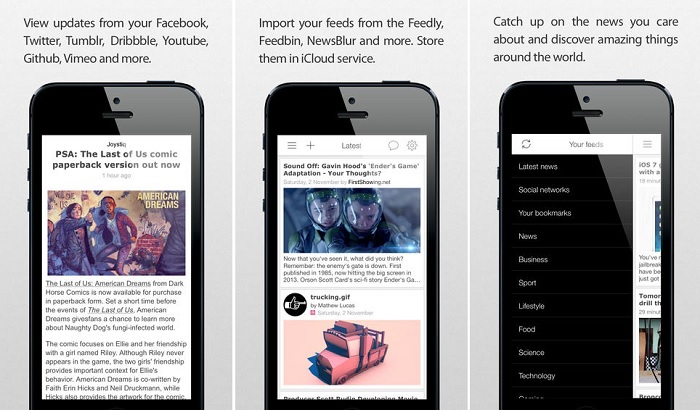 In addition, it comes with support for popular social networking services including Facebook, Twitter, Tumblr, Flickr, 500px, Linkedin, Vimeo, Instagram, Soundcloud, Readability, Pocket, Delicious, and many more. In the recent update, it brings support for the video-sharing website DailyMotion as well as Foursquare.

The application also comes with iCloud integration, giving users the ability to sync  their bookmarks and feeds with the service, and use it on any other device.

Head over to the App Store and download Good News RSS Reader app for your iOS device. If you’re already using the application, feel free to share your reviews using the comments below.