Two weeks ago Apple announced their new iPhone 5S, which would be available in a new gold or champagne color, and now Samsung has announced a new gold Samsung Galaxy S4.

It looks like Samsung doesn’t want to be outdone by the new gold Apple iPhone 5S, and have decided to launch a gold version of the Galaxy S4. 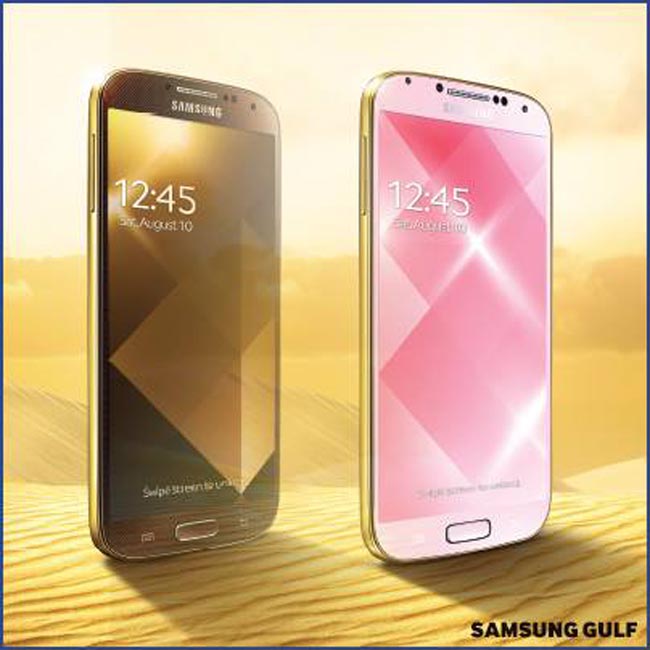 The photo above was posted on the official Samsung Twitter account for The UAE, it looks like the handset will come in two gold color options.

One will be gold and brown, the other will be gold and pink, and it looks like they will only be available in the United Arab Emirates, the gold Galaxy S4 is not expected to launch internationally.