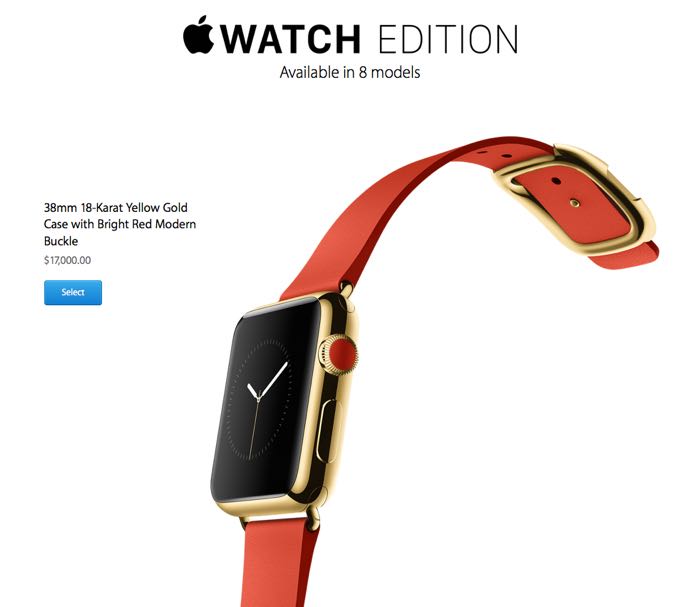 Apple revealed the pricing for all of their models of the Apple Watch at their press event yesterday and the company announced that the Apple Watch Edition would retail for $10,000.

What Apple did not mention at the event, was this is for the entry level gold Apple Watch Edition smartwatch, the top model will cost a massive $17,000.

There are a total of eight models of the Apple Watch Edition a 38mm 18 karat rose gold model with a sport band will set you back $10,000. 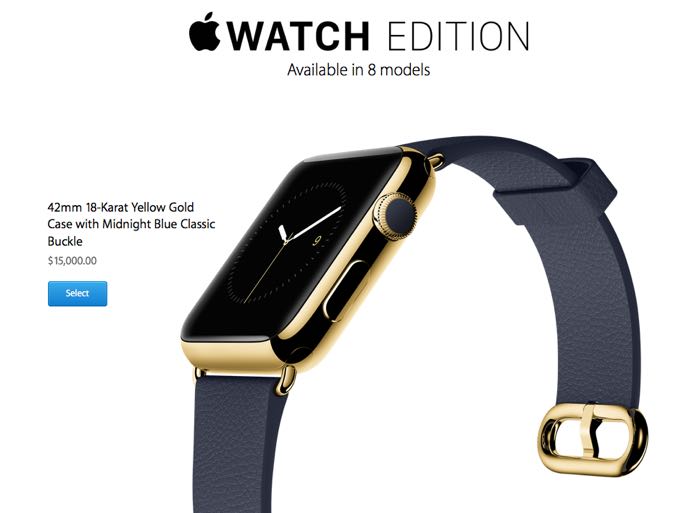 The next models will cost you $15,000 and these comes with Apple’s classic buckle and leather band and the top model retails for $17,000 and also comes with a leather strap, although this one features Apple’s Modern Buckle.

Apple’s pricing for their gold Apple Watch Edition smartwatch came as a surprise to many and Apple have priced these devices to compete with luxury watch brands like Rolex, Panerai, Omega and many more.

There is a major difference between the gold Apple Watch and a luxury gold watch from a maker like Rolex or Panerai, in a few years the technology in the Apple Watch will be out of date and the device will lose most of its value apart from its scrap gold value. Where as a luxury watch will last for years, many last for people’s entire lifetimes.

This wont stop people buying the gold Apple Watch though, as many people will see it as a status symbol, although one that will need to be replaced every few years when the next model is released.

The Apple Watch looks like a great device and Apple will probably send up selling millions, we wonder how many of those will be the gold model at $17,000 a go. Leave a comment and let us know what you think about Apple’s $17,000 smartwatch.