Gamers looking for something a little more unique and a refreshing change from the wealth of first-person shooter (FPS) video games currently available on the market. Might be interested in a new game which is being developed called Goat Simulator.

The Goat Simulator game offers everything you would expect enabling you to jump, butt things and lick things. Once objects are licked you can then drag them around with you and cause mayhem in the local neighbourhood. Check out the videos after the jump to see some gameplay action. 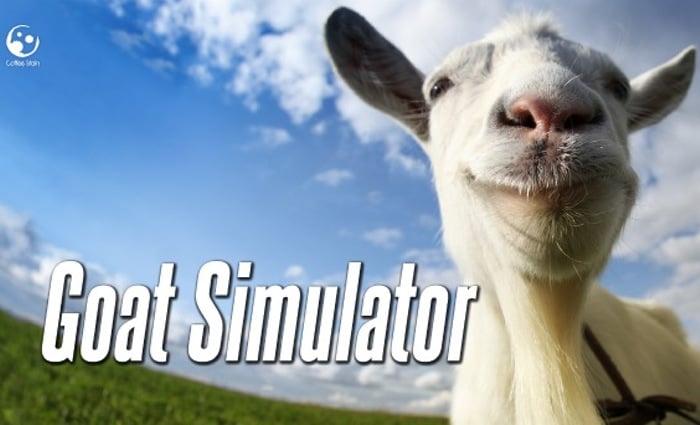 The first images of Goat Simulator when released last week as a joke by Sanctum 2 developers Coffee Stain Studios after they have been experimenting with different environments and programming scripts. However Goat Simulator seems to have won the hearts of the Internet community and will be released on the Steam Games Network during the spring of this year.

Its developers explain a little more about their new Goat Simulator game which is currently under development: “like an old school skating game, except instead of being a skater, you’re a goat, and instead of doing tricks, you wreck stuff.”-“Goat Simulator is a small, broken and stupid game. I t was made in a couple of weeks so don’t expect a game in the size and scope of GTA with goats. In fact, you’re better off not expecting anything at all actually. To be completely honest, it would be best if you’d spend your $10 on a hula hoop, a pile of bricks, or maybe a real-life goat.”