Google has updated its Gmail app for Android, and the latest version of the app now supports the Gmail priority inbox, and also comes with a range of new features, and updates.

As well as the priority inbox, the Gmail for Android app has has an updated look for composing messages, with improved support for switching between replying to sender and replying to all. 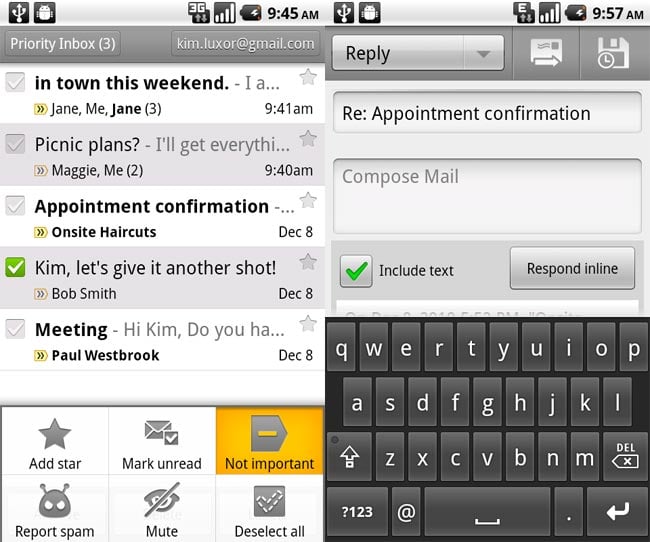 When we first released Gmail in Android Market back in September, we said that you’d be getting new stuff faster, and we meant it. After getting thousands of comments on that release, we made a bunch of updates based on your feedback and today we’re launching Gmail for Android 2.3.2.

You can find out full details about the updates in the Gmail for Android app over at the Google Mobile Blog.