GM has announced that buyers of the 2015 corvette Stingray that opt to purchase the optional Performance Data Recorder will get a very cool feature for the valet mode of the car. We already know that the valet mode will lock down the glove box, storage bin behind the center stack, and disables the radio and infotainment system. 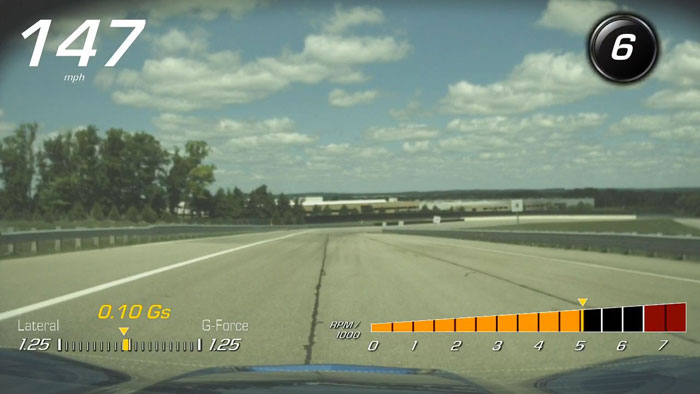 The cool new feature of the system for PDR buyers is that it will also record video of the valet driving your car. The video will be overlaid with speed, gear, g-forces, and other driving data. That way you will know if the valet goes joy riding in your car while you are inside eating.

“Think of it as a baby monitor for your car,” said Harlan Charles, Corvette product manager. “Anyone who has felt apprehension about handing over their keys will appreciate the peace of mind of knowing exactly what happened while their baby was out of sight.”

“Performance Data Recorder was initially designed as a tool for track days, allowing drivers to record their laps and improve their driving skills,” said Charles. “We soon realized the system could have many more applications, such as recording a scenic drive up Highway 101, or recording when the Valet Mode is activated.”