Messing up with the Facebook codes is what would Laimonas Zakas call internet performance art, and it is evident in his project Glitchr. 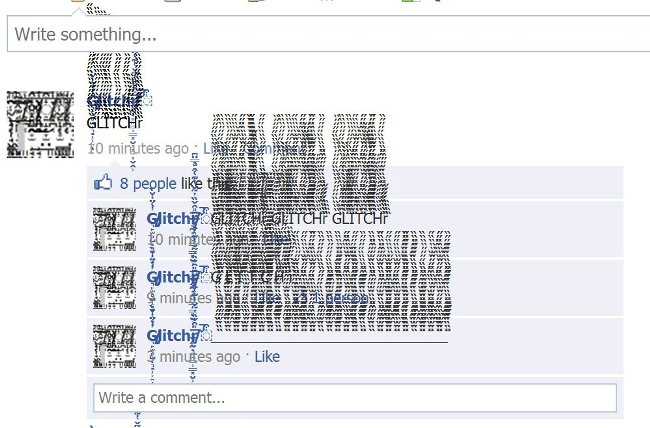 Glitchr is a Page on Facebook that purposely deforms the Facebook interface using various diacritics or marks that alter the sound of a letter when pronounced. Zakas is able to combine and produce random groups of Unicode characters when one clicks on any link in the Facebook Page a number of times. “These symbols, intruding up and down, are made by combining lots of diacritical marks. Yes, It’s a kind of art. There’s quite a lot of artists who use the Internet or specific social networks as their canvas,” says Zakas. Another example of an online Unicode art would be the Zalgo meme.

While others might see Glitchr as a form of protest art against Facebook’s continuous world domination by breaking its code, Zakas points out that Facebook might be probably using Glitchr to check for bugs. “Don’t know how much truth is there, but by now, the following bugs, that I have used in my posts, were fixed: Embedding animated pictures in notes, sharing animated pictures in thumbnails, unlimited extension of text in the post to the right side and some others.”