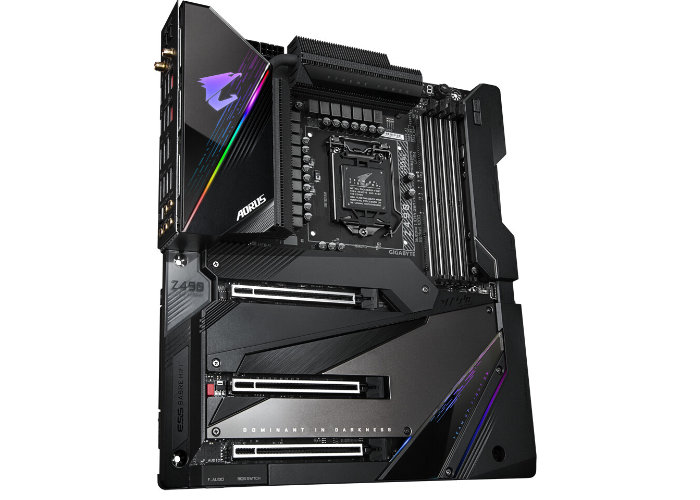 GIGABYTE has this month announced that all its Z490 motherboards featuring PCIe 4.0 hardware can support 11th Gen. Intel Core processors perfectly, thanks to a new update to the latest F20 BIOS. Once installed the update provides the extreme bandwidth and performance for PCIe 4.0 graphics cards and SSDs. as well as enjoy the full pack of advantages and unlock the Resizable BAR function on GIGABYTE Z490 and H470 motherboards explains GIGABYTE in their press release.

“Since the consistent focus on user’s demand, GIGABYTE has implemented PCIe 4.0 grade materials in the early stage of Z490 motherboards development which include PCBs, PCIe slots, M.2 slots, and controllers. GIGABYTE’s R&D effort has been paid back from the result of the latest BIOS verification. Enhanced by the superior PCIe 4.0 components and innovative design, GIGABYTE Z490 motherboards already can support 11th Gen. Intel Core processors by the latest BIOS, which provides ultimate performance on PCIe 4.0 graphics cards and storage devices on various advanced applications for PC operators and gamers to leverage future challenges. GIGABYTE’s R&D team is speeding up on the verification of more Z490 motherboards for a full-fledged support to the 11th Gen. Intel Core processors. The updated BIOS files will be uploaded to the GIGABYTE official website, so please check it out regularly.”

“To further optimize the dissipation of M.2 SSD, GIGABYTE selected Z490 AORUS motherboards built in THERMAL GUARD 2 patent design, which breaks the limitation of CPU zone and ensures that both sides of the M.2 SSD are adequately cooled to prevent thermal throttling under high-speed operation.”