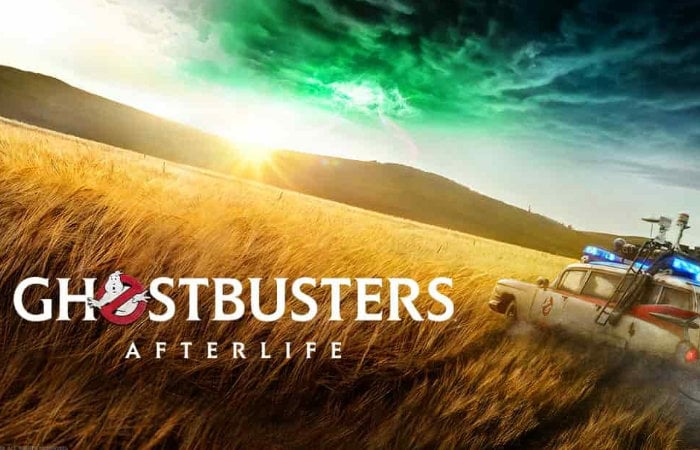 A new trailer for the upcoming and highly anticipated Ghostbusters Afterlife film has been released this week ahead of the films premiere throughout the United States on November the 11th 2021 and November 12th in the UK and a little later on December 2nd in Australia.

“Set in the universe of the first two Ivan Reitman films from the 1980s, “Ghostbusters: Afterlife” tells the story of Callie, a single mom struggling to survive in Chicago with her two kids, 12-year-old Phoebe and 15-year-old Trevor. When Callie receives news of her long-estranged father’s passing – a father she never even knew – she and the kids pack up the Subaru and move to the small midwestern town of Summerville.”

“After being evicted from their home, a single mother and her two children are forced to move to a decayed farmhouse in Summerville, Oklahoma, left to them by the children’s late grandfather, where a series of unexplained earthquakes are occurring despite not being situated on any fault and strange things are happening in an old mine once belonged to the alleged occultist Ivo Shandor.

As the family settles into their “inheritance,” a rotting, worthless dirt farm, they soon discover that they have mysterious ties to a team of paranormal investigators called the Ghostbusters, the specter-catching team who saved New York City from supernatural destruction 35 years ago.”

Ghostbusters Afterlife stars Carrie Coon, Finn Wolfhard, Mckenna Grace, and Paul Rudd, while Bill Murray, Dan Aykroyd, Ernie Hudson, Sigourney Weaver, and Annie Potts who reprise their roles from the original films. Unfortunately Ghostbusters Afterlife has been delayed three times from an original July 2020 date due to the COVID-19 pandemic and will be released in RealD 3D when it does finally arrive in theatres later this year.