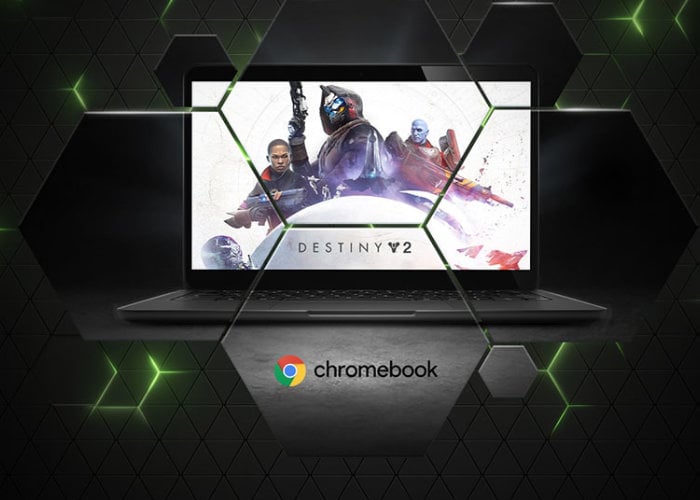 Nvidia has this week announced the addition of support for ChromeOS, Chromebooks to the companies GeForce NOW team streaming service. Enabling Chromebook owners to join the “millions on PC, Mac, SHIELD and Android mobile devices already playing their favorite games on our cloud gaming service with GeForce performance” says Nvidia.

“GeForce NOW is the perfect Chromebook companion. Simply plug in a mouse and go. Our beta release gives Chromebook owners the power to play their favorite PC games. Take game progress or character level-ups from a desktop to a phone and then onto Chromebook. You’re playing the games you own from your digital game store accounts. So your progress goes with you.”

“With today’s beta launch on ChromeOS, Chromebooks now wield the power to play PC games using GeForce NOW. Chromebook users join the millions on PC, Mac, SHIELD and Android mobile devices already playing their favorite games on our cloud gaming service with GeForce performance. Getting started is simple. Head to play.geforcenow.com and log in with your GeForce NOW account. Signing up is easy, just choose either a paid Founders membership or a free account.”

To learn more about GeForce NOW and the new ChromeOS, Chromebook support jump over to the official Nvidia website by following the link below.