If you are in the market for a new Xbox 360 and enjoy a blast on the Gears of War games. This new limited edition blood red Gears of War Xbox 360 might be just perfect for you.

The limited edition Xbox 360 has been fully customised with Gears of War 3 graphics and is equipped with a 320GB hard drive, a pair of matching wireless controllers, a copy of the new headline game plus a headset and two pieces of DLC. 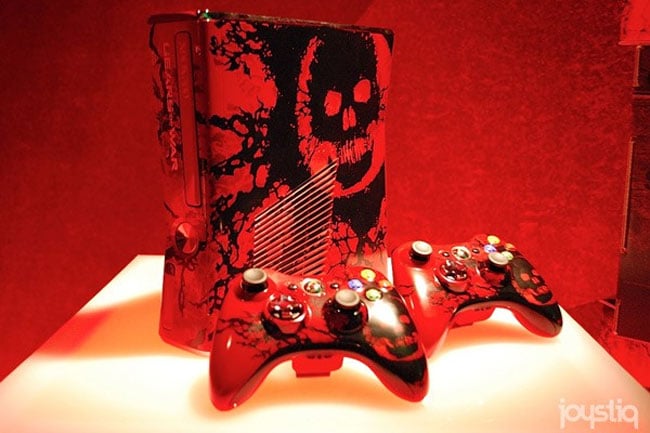