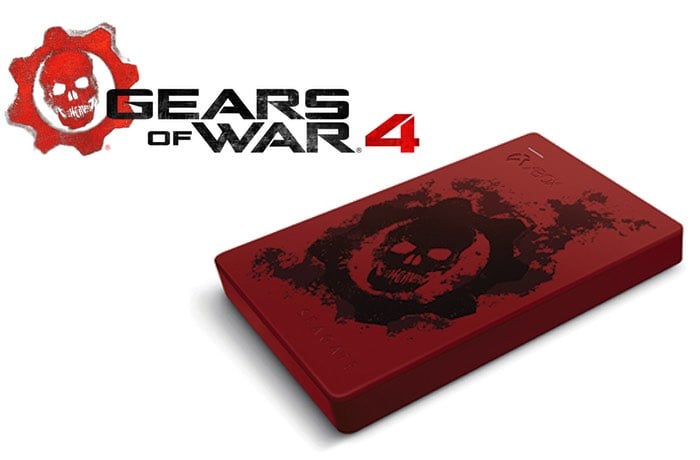 Seagate has today revealed their new Gears Of War 4 external hard drive will be supplied with two DLC packs and will be an exclusive to GameStop and will provide transfer speeds of 120 MB/s making it “indistinguishable from using the internal Xbox One hard drive” says Seagate.

The 2 TB external Xbox storage drive has been specifically designed to match the upcoming Gears of War Xbox One S and GoW 4 Xbox One Elite Controller and is also available without the Gears Of War 4 branding saving you $15 in the process.

The Xbox One USB 3.0 drive support any version of the latest generation of consoles and will be available to purchase priced at $100 during October 2016. Gears of War 4 is an upcoming third-person shooter video game developed by The Coalition for PC and Xbox One systems and will be launching on October 11th, 2016.