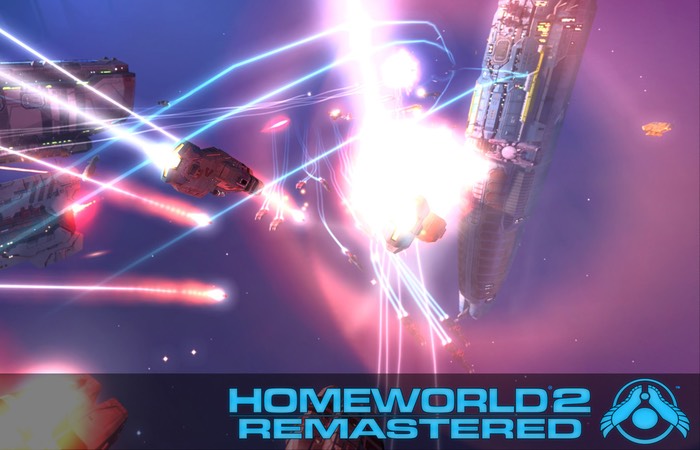 Gamers looking forward to the launch of the new Homeworld Remastered Collection that will be commencing on February 25th 2015, might be interested in a new interview with Gearbox.

Gearbox the gamers current developers paid $1.35m to acquire the Homeworld license after its former publisher THQ went bust and is being spearheaded by Gearbox’s chief creative officer, Brian Martel.

Currently you can save 15 percent off the retail price by pre-ordering the newly remastered game over on the Steam Games Network. In an interview with Eurogamer Martel explained

“We love this franchise. It’s amazing!,” -“And it hasn’t been out in well over a decade and we’d hate for it to just get thrown out there without some proper attention. So I convinced my partners to look at it and think about it, and we ran the numbers and said ‘if we did this maybe we could make a profit on it.’ But mostly it was just an act of goodwill and wanting to do right by the fans and make sure that the game got out there.”

When asked whether the development team were already Homeward fans Martel explained:

“It’s actually a really good mix of those that were fans and those who had never played it,” he replies. He argues that this fresh perspective was actually a useful tool in bringing the 15 year-old game to a modern era. “Sometimes you don’t have just the nostalgia coming at it. You have these people coming in and playing it and feeling it for the first time, and feeling how to make it appropriate for today’s audiences so you can get new customers as well as get the nostalgia of the old customers.”

Check out the teaser trailer below for a glimpse at what you can expect.