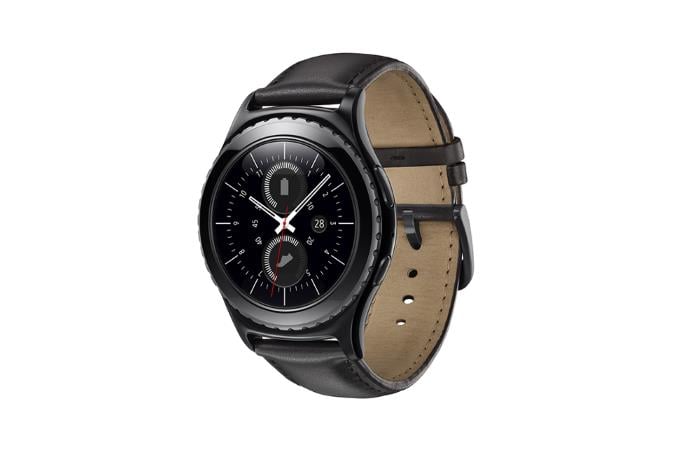 Not too long ago, Samsung introduced their round Gear S2 smartwatch. There are two versions of the watch: Gear S2 and Gear S2 Classic.

The company didn’t reveal any details about the pricing of the Gear S2 and Gear S2 Classic, but it seems we now have more information about how much the wearable device will cost, at least in Europe.

At IFA 2015, the company revealed that Gear S2 and Gear S2 Clasic will launch in Finland and Denmark next month. The wearable device will cost 349 Euro in Finland and 2,599KR in Denmark. On the other hand, the Classic version of the smartwatch will cost a little higher, that is, 399 Euros and 2,999KR.

The smartwatch comes with a 1.2-inch round Super AMOLED display, a 1GHz processor, 512MB of RAM and 4GB of internal storage. Other features include Bluetooth 4.1, WiFi, 300 mAh battery and ships with Tizen as its operating system.

The new wearable will also work with a number of other Android smartphones from other manufacturers, not only Samsung.

As for the availability, it’s expected to hit retail sometime in October. We’ll update you as soon as the smartwatch is available for sale.