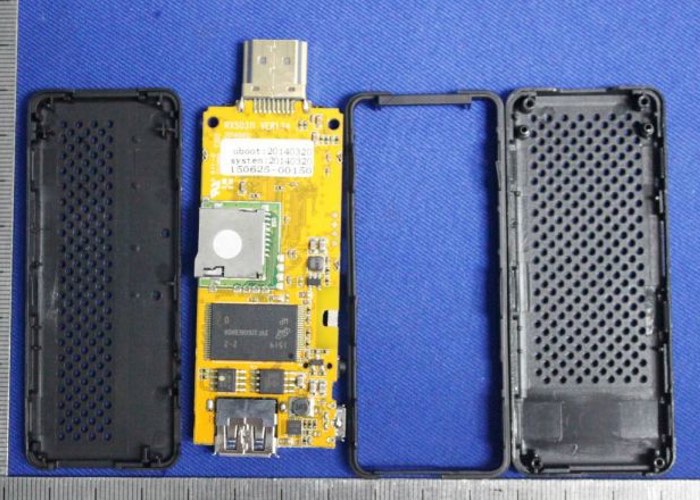 A new Android media stick has been discovered making its way through the FCC this week in the form of the Garmin Vivohub 2 that is described as a device that turns “your TV into a multifunction smart TV”.

The Garmin Vivohub 2 is powered by a 1 GHz Amlogic AML8726 dual-core ARM Cortex-A9 processor supported by ARM Mali-400 graphics, together with 1GB of RAM and SD card reader to expand storage even further.

Connectivity on the devices provided by both Bluetooth and wireless 802.11b/g/n support. Unlike other Android TV sticks the Vivohub 2 does not come preloaded with Google’s Android TV operating system. But is preloaded with Android 4.2 Jelly Bean software, that you would find on a smartphone or tablet, making it easier to navigate using a mouse and keyboard rather than a remote control.

Unfortunately no details on a specific launch date or worldwide availability have been made available by Garmin at the current time but as soon as a retail price and launch date are announced we will keep you updated as always.