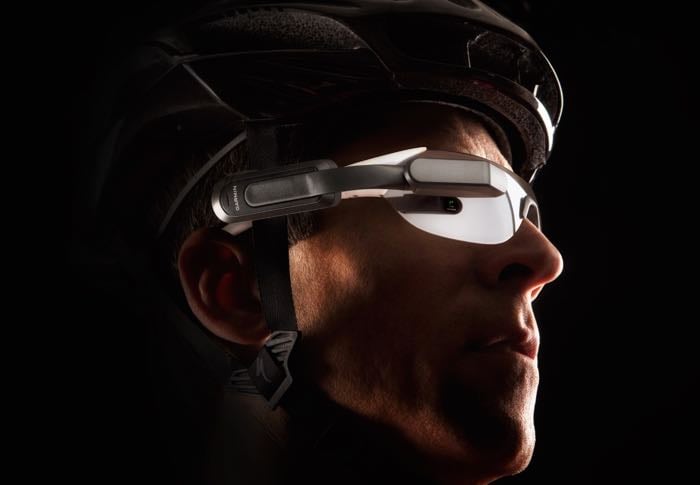 Garmin has announced a new accessory for cyclists, the Garmin Varia Vision which is basically a heads up display for cyclists.

The Garmin Varia Vision is a wearable in-sight display that is designed to improve cyclists road awareness by providing information in their line of sight and it is designed to be mounted on their sunglasses.

“We’re extremely excited to announce the next device in our line of innovative Varia cycling awareness products – the Varia Vision in-sight display,” said Dan Bartel, Garmin vice president of worldwide sales. “Cyclists can now easily view their data and receive alerts during a ride without needing to take their eyes off the road ahead.”

The display then shows you information from compatible devices including things like turn by turn directions, smart notifications and more.

The company is also launching a Varia rearview radar system which will alert the cyclist of traffic approaching from behind.

The company has said that the device will go on sale in quarter one and it will retail for $399.99 when it launches.