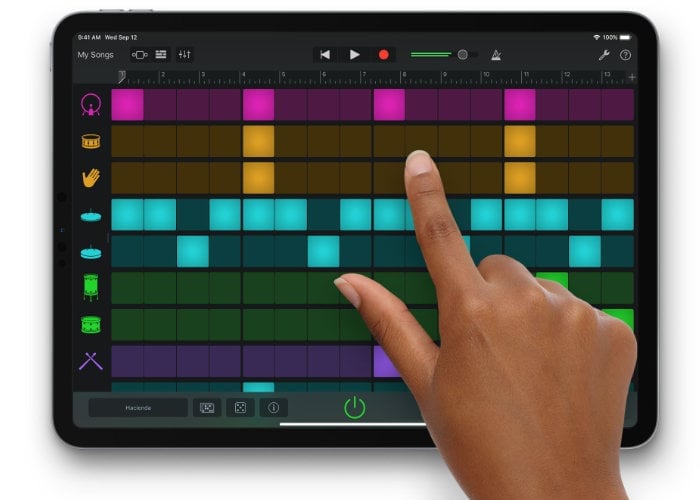 Apple has rolled out a new update for its awesome Garageband application making GarageBand version 2.3.8 for iOS and iPadOS now available to download for the newly released iOS 13 iPhone operating system and iPadOS. Major features of the new update include the ability to load files from external hard drives, SD cards and flash drives as well as benefit from the new iOS 13 Dark Mode. Apple is also included a new sound pack with over 350 loops adding a wealth of more options to your creativity and music making library. 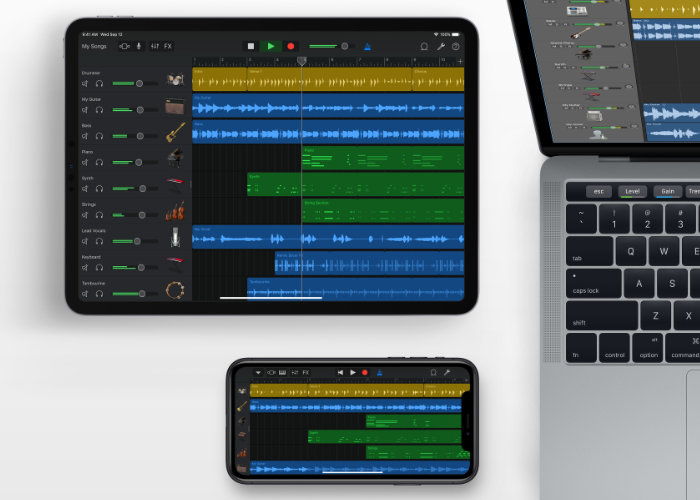 “GarageBand turns your iPad, and iPhone into a collection of Touch Instruments and a full-featured recording studio — so you can make music anywhere you go. And with Live Loops, it makes it easy for anyone to have fun creating music like a DJ. Use Multi-Touch gestures to play keyboards, guitars, and create beats that make you sound like a pro — even if you’ve never played a note before. Plug in a guitar or bass and play through classic amps and stompbox effects. Use a Touch Instrument, microphone, or a guitar and instantly record a performance with support for up of 32 tracks. Use the Sound Library to download additional free instruments, loops and sound packs. Audio Unit Extensions in iOS 13 allow you to play, record and mix third-party instruments or effects right into GarageBand. And then share your song with friends and family.”