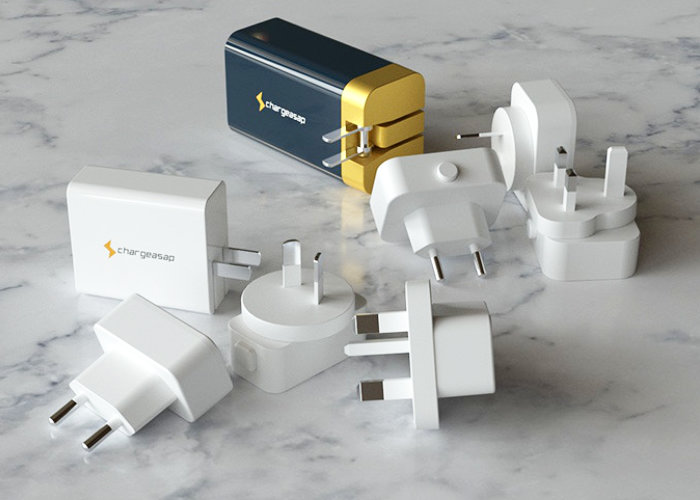 A tiny GaN USB-C charger has launched via Kickstarter and already raised over $850,000 thanks to over 9000 backers with still 37 days remaining on its campaign. Early bird pledges are available from $45 for the 100w version or $75 for the 200w charger, offering a massive 50% saving off the recommended retail price of both. If all goes to plan worldwide shipping is expected to take place during January 2020. 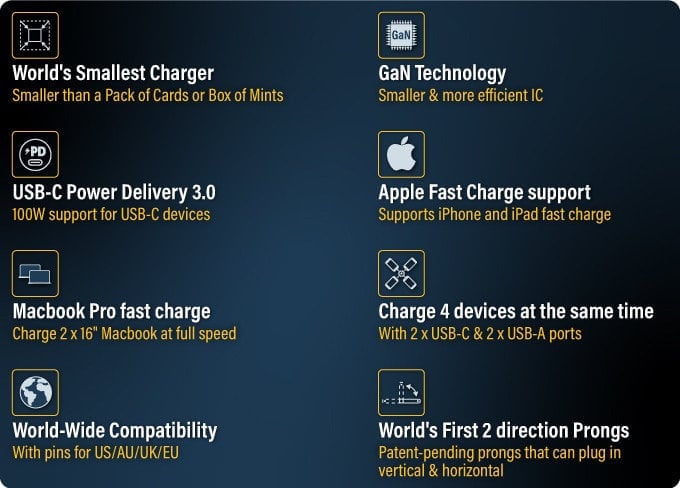 Watch the demonstration video below to learn more about this tiny GaN USB-C charger, its features, design and capabilities. 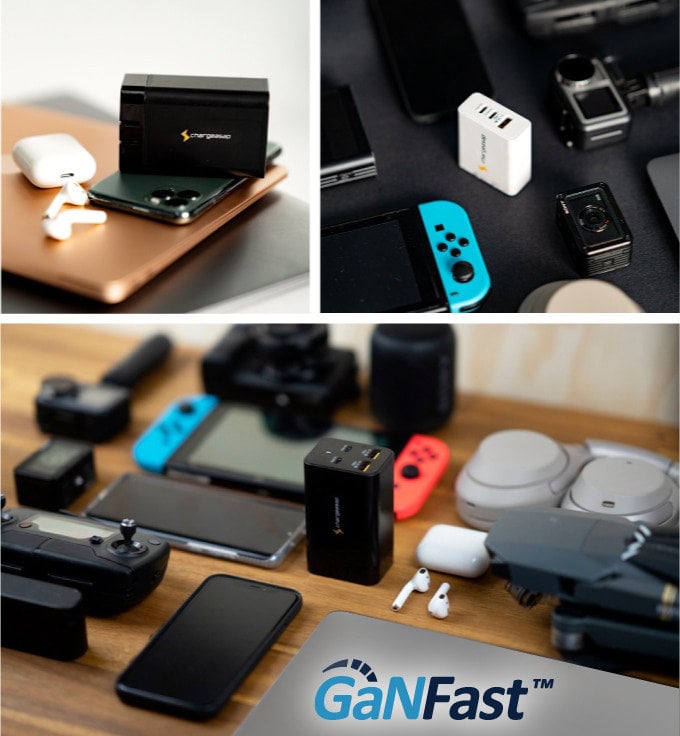 “The pocked-sized Omega Charger is the world’s first 200W Gallium Nitride (GaN) charger and also the world’s smallest 200W charger that is up to 66% smaller than traditional chargers. Omega Charger also comes in a 100W version which is the world’s smallest 100W GaN charger similar to a box of Eclipse mints and even smaller than a credit card. With a host of improvements over 1st generation GaN Chargers, 100W Omega is truly a standout in being the world’s first 2nd generation charger with graphene membrane for heat dissipation.”

“Both 200W and 100W Omega Charger supports 100V – 240V worldwide universal voltage and comes included with 3 plug converters (AU/EU/UK) so that you can use it in 200+ countries worldwide. Please note the adapters are not interchangeable between the 200W and 100W models. “