President Tony Bartel of games retailer Gamestop, this week confirmed reports that Gamestop are indeed considering developing their own gaming tablet for a launch late in 2011.

Gamestop are still in the early stages of development with their tablet and haven’t yet decided on whether to use an exisitng OEM tablet or creating their very own tablet, specific to their requirements. With Bartel explaining to CNBC  “But if we can’t find one that’s great for gaming, then we will create our own.”

The image below is just a conceptual mockup but Gamestop have suggested that their new gaming tablet will include a separate Bluetooth controller. 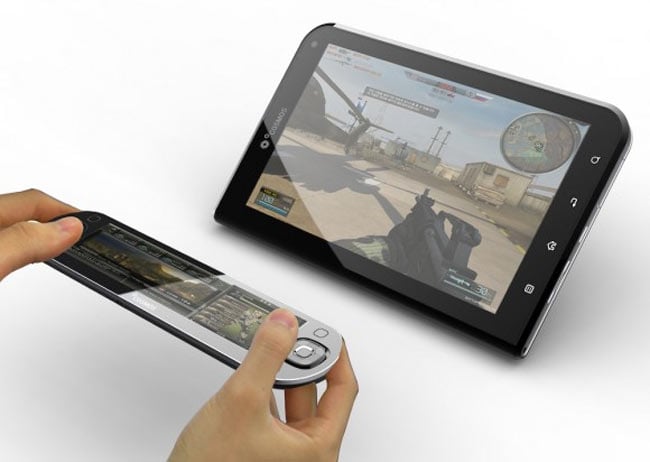 If Gamestop is going to survive the move from bricks and mortar games retailing to digital, they will need to move fast and face a significant competitor with Valve, which is already estimated to control around 70 percent of the digital PC market.

In a bid to entice move customers to their retails store Gamestop say all physical title purchased in store will also be available at any time in the future on a customers account as a digital download as well.