Xbox’s “Games with Gold” promotion has been extended indefinitely. It’s essentially Microsoft’s answer to Playstation Plus offering gamers who subscribe a list of free games to download and play every month on Playstation 3 and Vita. “Games with Gold” started back in July, offering a simple Xbox Live Arcade title but has raised the bar and currently offers Halo 3 and Might & Magic: Clash of Heroes.

Sony has already said it’s continuing its free games with subscription program into the next-gen, with everyone who’s currently subscribed to Playstation Plus automatically being made a PS4 member, but Microsoft has yet to say whether or not they’ll carry the program over into the next-gen. 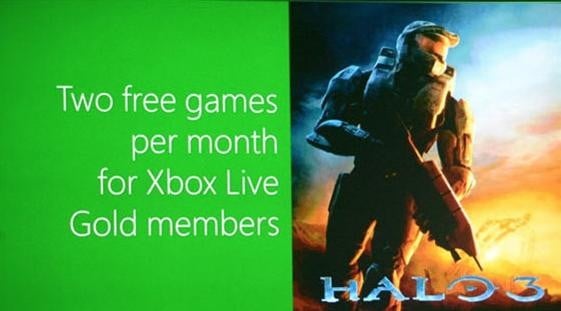 It’s about time! Microsoft is losing the online battle big time. A lot of Xbox users still don’t even know Playstation offers free games with its subscription, which costs less than Xbox’s Gold subscription, or that those games are generally fairly new and relevant.

At the start of this next-gen rush, people are going to notice. Microsoft dropped the ball this year, and I think we’re going to see the PS4 come out on top of the sales race.

Less than one month until the new systems arrive! How excited are you?