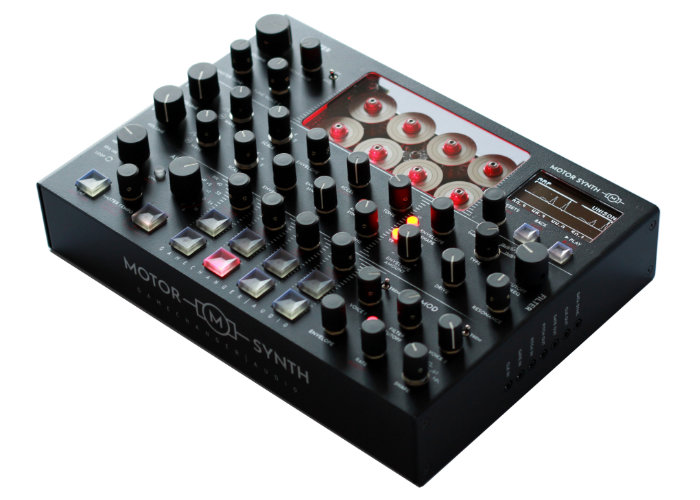 Gamechanger Audio has unveiled the final design for their new desktop synthesiser offering an analogue, electro-mechanical synthesiser that uses a system of electromotors as its main sound source and aptly named the Motor Synth. watch the demonstration videos below to learn more about its features and functionality.

The Motor Synth offers musicians and music makers a new method of analogue audio signal generation, since controlled electromotors have never been used as the principal sound source for a commercial musical instrument, nothing like this has ever been built before, say its creators. The Motor Synth has two ways of producing its core sound. 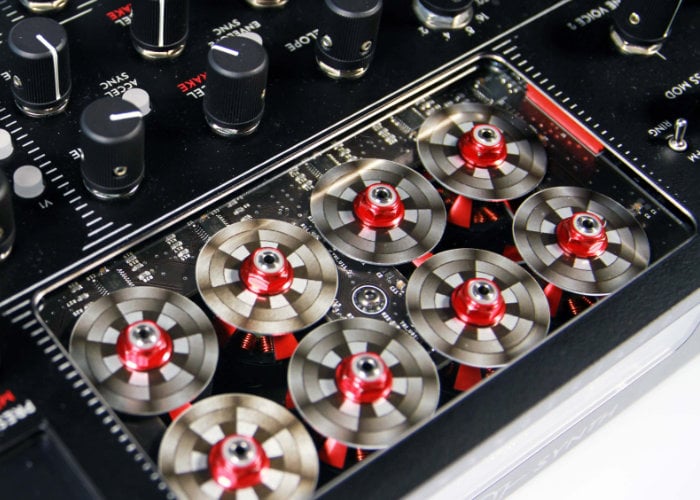 – Firstly, magnetic pickups are placed on each of its eight electromotors; the spinning coils result in a very industrial-sounding, over-the-top analogue tone. Think eight harmonious revving engines pumping out an intimidating noise!

– Secondly, specially designed reflective optical disks have been attached to the shafts of each electromotor. Each disk contains a graphical representation of three standard audio wave-shapes. As the electromotors spin, the disks are set into circular motion, and each wave-shape is read by a dedicated set of infrared sensors, then converted into an audio signal. Thus, the wave-shapes on the reflective optical disks become precise musical notes, corresponding to the speed of the electromotors. 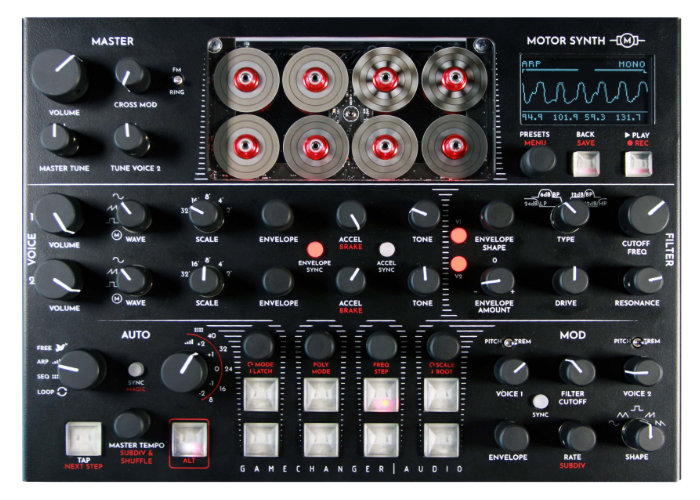 Motor Synth will be available to back via the Indiegogo crowdfunding website when the campaign launches later this month on May 28th, 2019. At the current time no details on pricing or availability have been confirmed, but as more information is made available we will keep you up to speed as always.