There are plenty of smartphone Bluetooth gaming controllers available to add a little extra precision to your gaming prowess. But if you are looking for something a little more unique and have a spare Gameboy Chassis And Wii Controller you might like to create your own.

YouTuber Chad Boughton has done just that and uploaded the results to YouTube for all to see. Watch the video after the jump to learn more about the Gameboy Smartphone Controller project and see it in action. 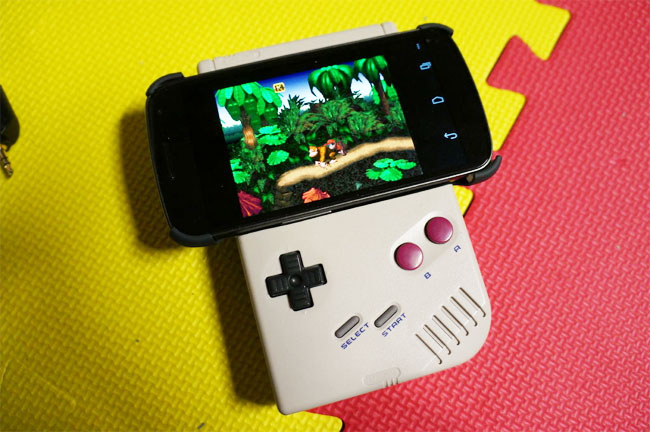 “Using a Wii remote as the Bluetooth interface, and a Dot Matrix Gameboy’s butttons and shell (two things I already owned) I figured “why not mash them together and give them a whole new purpose?”. With the use of the “Wii Controller IME” App on the Play App store, this retro controller will really control anything which lets you use the android touch keyboard as input. Although i’ve only tried with a SNES emulator, in theory you should be able to play and do all kinds of things with the Gameboy’s buttons. The project is essentially a gutted Game Boy with a Wii remote inside. The tricky part was rerouting the button connections between the two.”

More images of the Gameboy Smartphone Controller mod are available over on the Instructables website.