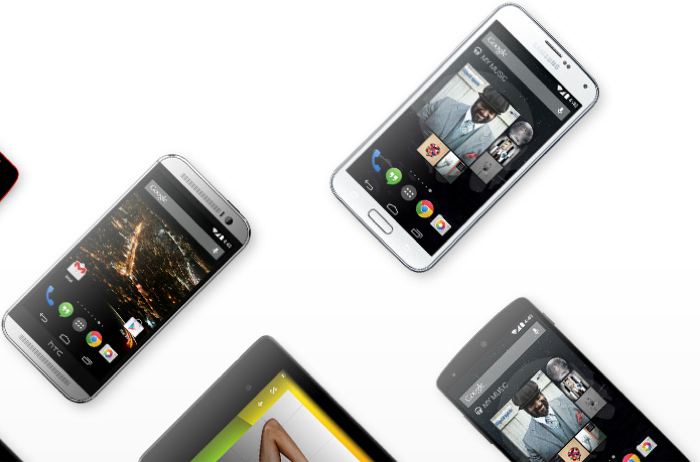 We have already seen some leaked photos of the new Samsung Galaxy S5 Google Play Edition, although there are no details on when the handset will launch, and it has yet to be officially announced by Samsung.

Now it would appear that the Galaxy S5 Google Play Edition smartphone has been featured in the official Android website, as you can see in the photo above, the handset is pictured without Samsung’s custom user interface, TouchWiz.

The Samsung Galaxy S5 Google Play Edition will come with stock Android, in the form of Android 4.4 Kit Kat, the handset will share the same hardware specifications as the original Galaxy S5.

Hardware wise, the Google Play Edition of the S5 will come with a 5.1 inch display with a full high definition resolution of 1920 x 1080 pixels.

The device will feature a quad core 2.5GHz Qualcomm Snapdragon 801 mobile processor and 2GB of RAM, it will also come with 16GB or built in storage.

Other specifications on the Samsung Gaalaxy S5 Google Play Edition will include front and rear facing cameras, on the back of the handset there is a 16 megapixel camera, up front we have a 2.1 megapixel camera. The device also features a 2,800 mAh battery, plus a microSD card slot for expansion that supports up to 128GB cards.

As soon as we get some more information on exactly when the Google Play Edition of the Galaxy S5 will launch, we will let you guys know.