Some of our readers will remember the G-Form cases that we featured on the site previously, we have already seen some videos of an iPad being dropped from buildings and surviving when they are encased in one of G-Forms iPad cases.

Now the guys from G-Form thought it would be a good idea to jump out of a plane, and then drop an iPad with a G-Form case from 1300 feet, have a look at the video below. 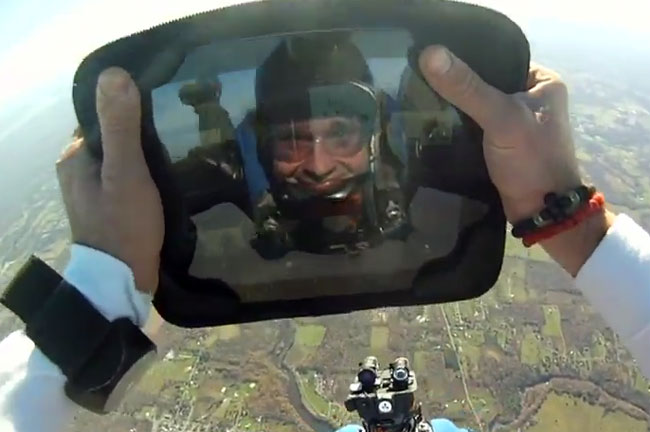 Its pretty amazing that the iPad survived a drop from 1300 feet, you can find out more details about their case over at G-Form.