Now that the CES craze has peaked, climaxed, and dipped we are obligated to shine a light on the leftovers that didn’t get their due last week. Anyway, what’s pictured below is some fanboy demoing Fuugo, a video aggregator app meant for small devices that have tiny screens, say 3 inch to 24 inch. That’s the whole smart phone and tablet market right there. 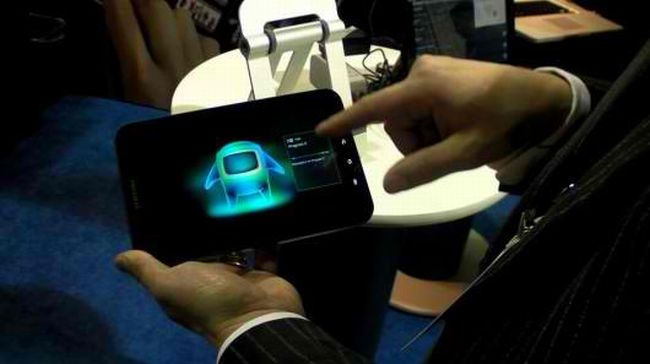 The multi-OS applicable app was developed by Axel Technologies and works best with touchscreens, which should be music to the ears of anyone keen on tablets. To further sweeten its allure, Fuugo has built-in support for Facebook and Twitter plus it can search, record, download or queue whatever video content the user desires. Fuugo’s actual functionality, suggests one tech writer, is akin to Boxee, which is faring much better than the vaunted Apple TV.

Like 99.9% of all CES previews, Fuugo is yet to be released, still on beta, and so far the only content it aggregates is broadcast TV. But wait for it to make a pretty huge splash once a whole generation of new tablets arrives in a tech torrent very soon. Promise we’re gonna stay on top of this story.