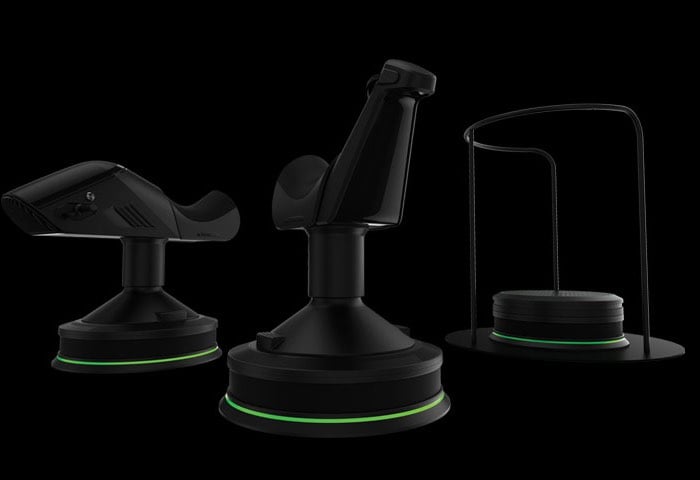 If you already own a virtual reality headset you may be interested in a new range of immersive VR motion systems which have been designed by Futuretown and aptly named Total Motion.

Designed to be used in conjunction with virtual reality headsets such as the HTC Vive or Oculus Rift, the three systems provide you with an additional immersive experience. Allowing you to “transport yourself to another world, become a hero, or do the impossible”, says Futuretown.

Check out the teaser video below to learn more about the new Total Motion virtual reality systems that will be launching sometime during 2017 and have been developed to take your VR experience to the next level.

Whether it’s skiing down alpine slopes, surfing huge river waves, riding your stallion through a safari adventure or cruising through mountain roads, our Totalmotion system is taking virtual reality entertainment to the next level through simulated motion and fully body controls.

Futuretown’s Totalmotion system takes virtual reality experience to the next level with the ground-breaking integration of high fidelity game visuals, motion simulation hardware, and new virtual reality input devices that take cues from your body to control the game. Be ready for a revolution in virtual reality entertainment!

Jump over to the official Futuretown website via the link below to learn more.