Ah, Lego. How can any childhood even attempt to be deemed normal without them?

Apparently someone in the Philippines has taken the initiative to reclaim his/her childhood with a full-fledged Lego Car. Or Mini, judging by the pic. 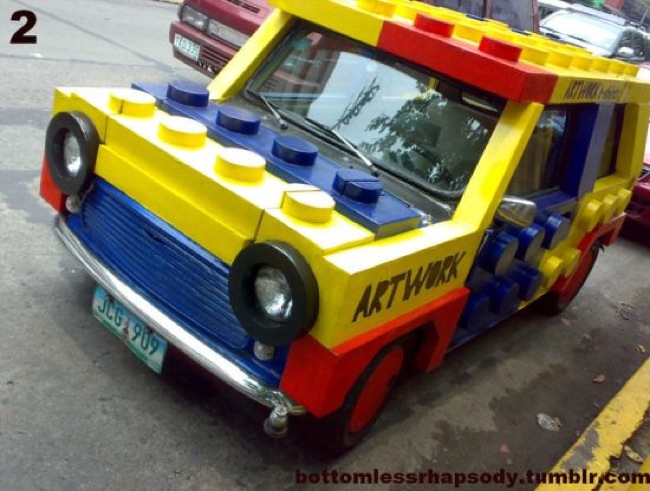 Little is known of its creator except that it’s believed to be connected to a t-shirt shop named Artwork in the capital of Manila. In fact, news of this wholesome ride spread via the picture shown on this post sans helpful background info. If this is a company car, this would be the most awesome one yet.

Who knows, this might signal the rise of other Lego inspired vehicles on public roads that you can disassemble and put together like, well, Lego’s. While a Mini looks sharp, we are certain a Lego Bugatti is destined for perpetual awesomeness.

Though it has already earned our seal of approval, we would have given extra points to the people behind this custom vehicle if it were driven by a Lego man. Woah.

Now how long before someone somewhere builds a working Lego helicopter? Our inner-child demands a free ride!