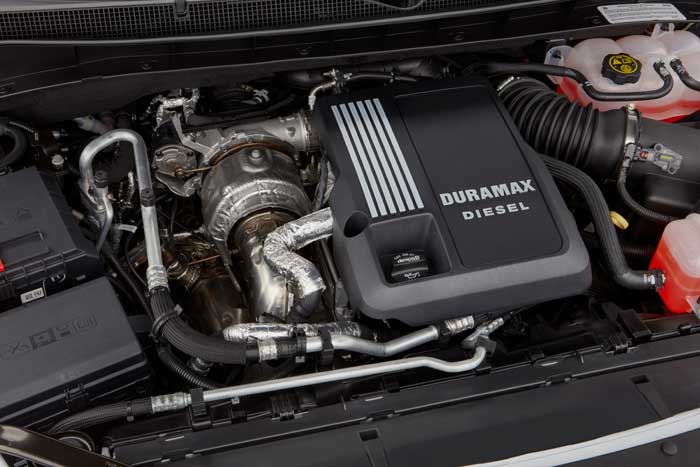 Chevrolet has announced that the official EPA fuel economy estimates have been published for the full-size Chevrolet Tahoe and Suburban SUVs. Both models are available in the 2021 model year with the 3.0-liter Duramax turbodiesel. The Tahoe two-wheel-drive has EPA estimated economy up 28 MPG Highway, 21 MPG city, and 24 MPG combined.

Chevy notes this is the first diesel inline-six engine used in full-size SUVs and the first time the brand is offered diesel power in a full-size SUV since 1999. The engine makes 277 horsepower and 460 pound-foot of torque.