Fujitsu has shown off a new dual display smartphone concept, and as you can see from the photos is features two capacitive touchscreen displays.

Both of the displays feature a resolution of 960 x 480 pixels, and there is a built in software keyboard, and it uses a dual screen interface from TAT. 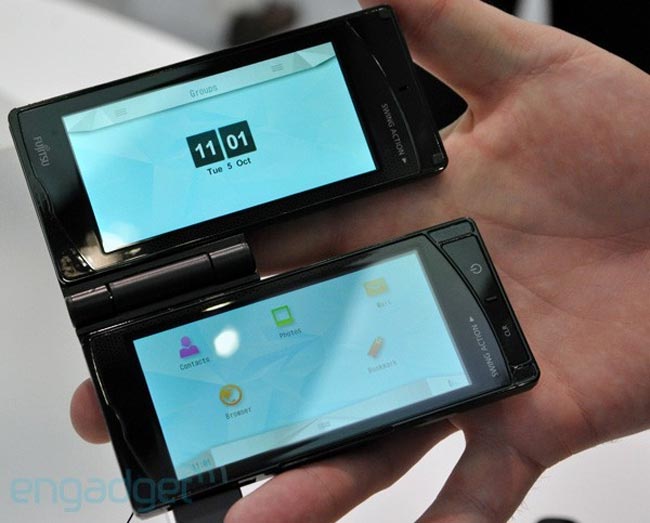 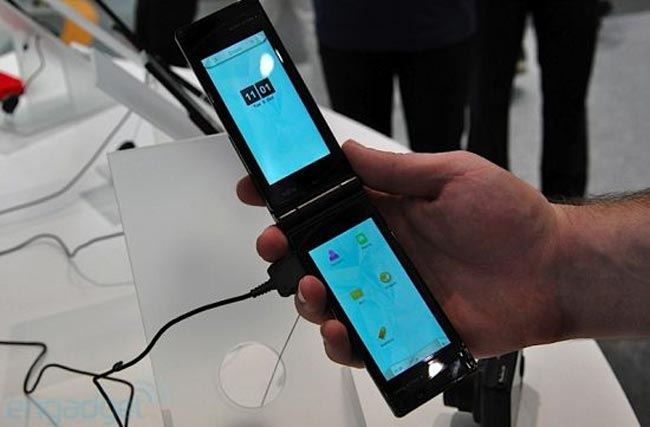 Head on over to Engadget to have a look at a video of this cool concept smartphone from Fujitsu in action.