In an attempt to help tablet users type a little easier and quicker on their touchscreen devices, Fujitsu has been developing a Fujitsu Virtual tablet keyboard prototype that allows you to type on a tablet without touching the tablets touchscreen.

The new Fujitsu Virtual tablet keyboard has been designed to allow you to type on the desk space in front of your tablet, using the device’s built in camera to track your finger placements as you type. 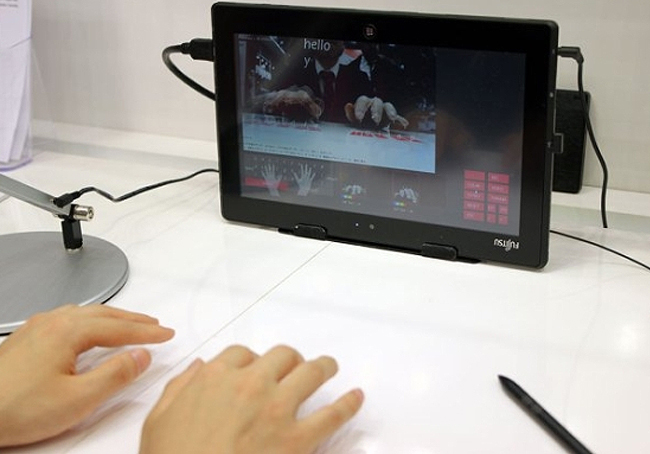 Even though the idea of virtual keyboards isn’t new, Fujitsu’s Virtual tablet keyboard system can be built right into a smartphone or tablet using nothing more than the devices camera.

Unfortunately due to Fujitsu’s Virtual tablet keyboard being just a prototype at the current time no information on pricing or worldwide availability has been released as yet, but as soon as information is released we will keep you updated.