Okay, so it’s really small. Then what? The 11.2mmX29mm device has a bright future in laptops and other devices as a security feature, scanning your palm to verify ownership. Fujitsu wants this gadget’s application to be widespread, which is why it’s being installed on a laptop specifically meant for the corporate set before it debuts on any commercial product. 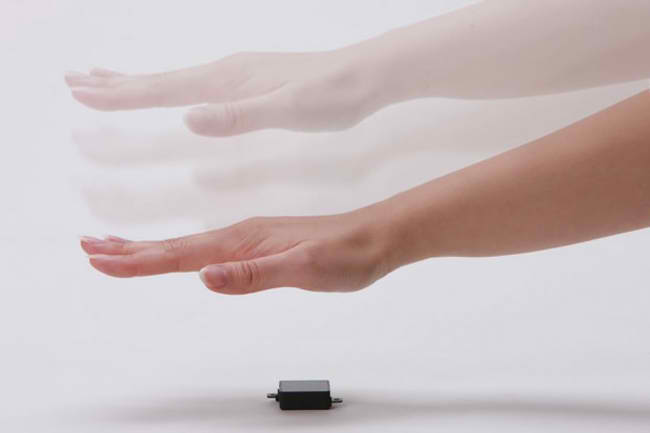 Here’s the official announcement and necessary explaining courtesy of the makers:

Of all the existing biometric approaches, vein authentication, which reads the invisible pattern of veins in the palm or finger, offers the benefits of being both highly accurate and resistant to misconduct such as forgery and impersonation.

Within the field of vein authentication, Fujitsu developed the world’s first contact-free palm vein authentication technology in 2003, and began selling palm vein authentication equipment based on this technology in 2004 (new products were introduced in 2006 under the brand name “PalmSecure”). The technology has been highly-appraised for its ease-of-use and assurance that it has given users through its robust security. It has been widely adopted both inside and outside Japan as a means of personal identification at financial institutions, and as a computer login and room entrance control method at corporations.

Compared to finger veins, palm veins are more numerous and create complex patterns, resulting in a higher volume of data. Consequently, the system’s recognition accuracy is extremely high, with a false-negatives rate of 0.01% and a false-positives rate of 0.00008%. Furthermore, the fact that the system uses an individual’s thicker veins allows for stable operations over time. Lastly, the system is contact-free, helping to reduce any existing psychological burdens placed on users.