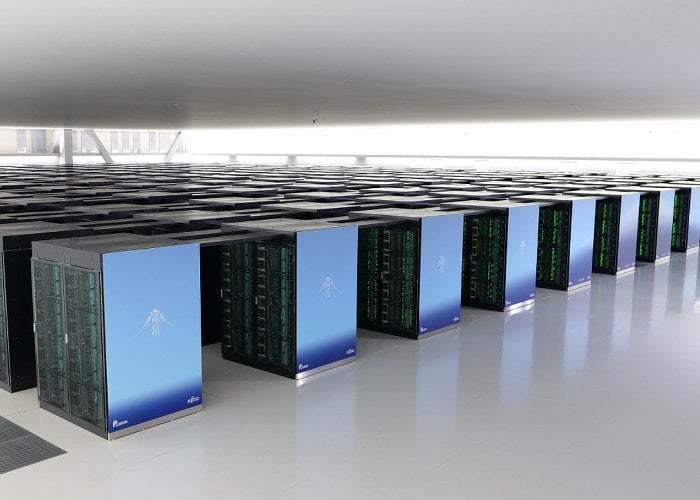 Fujitsu has this week announced that their Fugaku supercomputer has now been optimised for preparation to be enabled for public use. Fugaku is a Japanese supercomputer developed as a core system for the innovative High-Performance Computing Infrastructure (HPCI) promoted by Japan’s Ministry of Education, Culture, Sports, Science and Technology (MEXT).

Fugaku has won four supercomputer titles for the second consecutive period in the world’s major high-performance computing rankings and is making full use of its outstanding potential to solve urgent social and scientific problems. With its outstanding computational power, Fugaku will play an important role in building Society 5.0, the Super Smart Society, through the following technologies.

RIST, the Registered Institution for Facilities Use Promotion, has selected 74 projects for public use and industrial use in FY 2021 through an open call for proposals so that the “Program for Promoting Research on the Supercomputer Fugaku” can be continued, and a wide range of researchers, etc. can immediately start full-scale use after the beginning of shared use of Fugaku. Currently, RIST is calling for proposals in several categories, and researchers who are interested are invited to apply.

“Fugaku boasts up to 100 times the application performance of the K computer, allowing for simulations of “high resolution” “long duration” “large-scale” and “multiple case”. It is expected to have various impacts ranging from solving familiar social problems to helping improve understanding of fundamental science.

The next generation of deep learning-based AI is computationally intensive and will require large-scale supercomputing resources. Fugaku’s CPU possesses high performance in “convolution operations,” which are central to deep learning, and is connected by a network with superior communication performance, and it will be leveraged for AI and data science research.

Fugaku makes it possible to combine simulation with AI and data science at the highest level in the world. For instance, AI can be used to search for parameters necessary for simulation and to extrapolate simulation results. Conversely, simulation can generate a large number of data for AI to learn.”

The application of these methods with Fugaku will offer the following anticipated outcomes:

– The application of these methods with Fugaku will offer the following anticipated outcomes:
– Acceleration of new drug development by performing high-speed, high-precision drug discovery simulation
– Early detection of diseases and advancement of preventive medicine through medical big data analysis and biological simulations
– Accurate prediction of tornadoes and heavy rain through weather big data analysis
– Simulation of earthquake, tsunami, and evacuation routes at the meter-level
– Development of low-cost organic solar batteries and high-efficiency solar batteries, artificial photosynthesis, high-efficiency fuel cells and storage batteries, and extraction of methane from methane hydrate
– Development of low rare earth permanent magnet for generators and electric vehicles
– Accelerating the creation of new devices and materials to for next-generation industries
– Dramatic reductions in development time and costs by partially replacing the actual testing of airplanes and automobiles
– Increased insight into fundamental questions of science, such as when and how matter was created in the universe