Or should it be “boy”? Because one of these ‘bots is only about three feet tall. Don’t be fooled by the name either, cos li’l Romeo (not connected to the rapper) looks out for the geriatric set—we mean old people. We have a feeling you just had a “Holy Cow, Isaac Asimov!” moment. 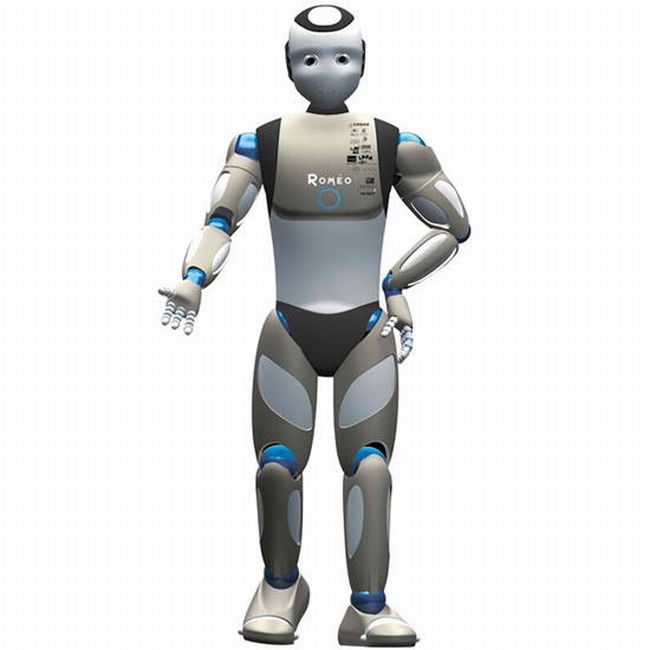 Three laws of robotics aside, Romeo is due to be rolled out on March 2011, spearheading a renaissance for robotkind, who will henceforth care for humanity. (Until the dreaded robot uprising in the year XXXX.)

Ignoring our paranoid delusions of a robot apocalypse, Romeo is quite the masterpiece. He’s a creation of the engineers at Aldebaran Robotics, who have a solid track record when it comes to humanoid ‘bots. Romeo is unique because of the multi-purpose role he’s programmed to fulfill as a caretaker and companion for the elderly, which is a little sad, because senior citizens deserve to be cared for by fellow human beings, not walking appliances.

With 10 million Euros in funding (the French government is super-generous), the Romeo marks a huge leap forward in European robotics. In terms of mobility and movement alone, Romeo is sui generis. Of course, aside from fluid movement Romeo is able to communicate with its master, which is useful for its companionship function.

Too bad not all elderly people will get to enjoy their own Romeo. One unit costs $330,000.