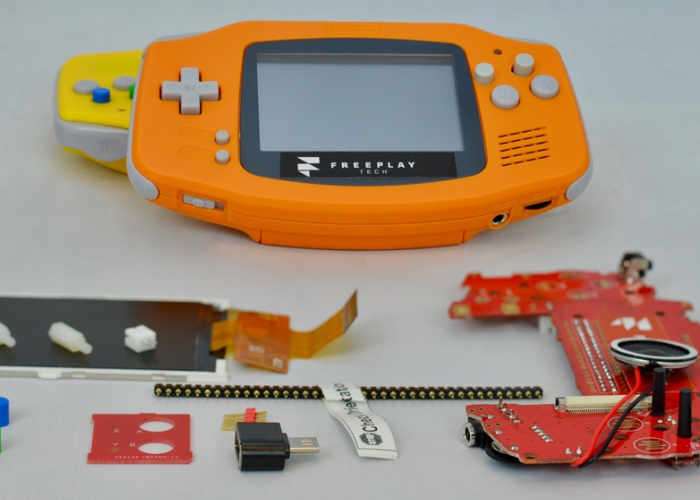 Ed Mandy has created a new Raspberry Pi powered handheld consoles called the Freeplay Zero and Freeplay CM3, which has launched via Kickstarter to raise the $18,000 required to go into production.

Check out the promotional video below to learn more about the Freeplay Zero and Freeplay CM3 by Freeplaytech. A DIY Kit that comes with a Freeplay Zero circuit board, a 3.2″ LCD display and a pin header to solder to your Raspberry Pi Zero or the Raspberry Pi 3 mini-PC depending on your needs.

The Freeplay Zero and Freeplay CM3 kits allow you to build your own handheld retro gaming console. You customize the look. You choose the games or software to include. You play it however you want. The end result is a gaming platform based on Raspberry Pi that looks and feels like your favorite classic handheld game console.

We are creating these Freeplaytech products for people that want the pride of building and customizing something without a prerequisite 4-year engineering degree. Now that we’ve proven that our concept works, we want to make this available to everyone that wants one.

For more information on the new Freeplay Zero and Freeplay CM3 jump over to the Kickstarter website for details by following the link below.