Just over four months ago ThinkGeek published a April Fools joke. The iPad Arcade cabinet called iCade that was a classic and stormed across the Internet.

Today a fully functioning iPad arcade system is now available to purchase on Ebay UK called the FreeKade based on the jokey idea only four months ago. Check out the video after the jump to see the Freekade in action. 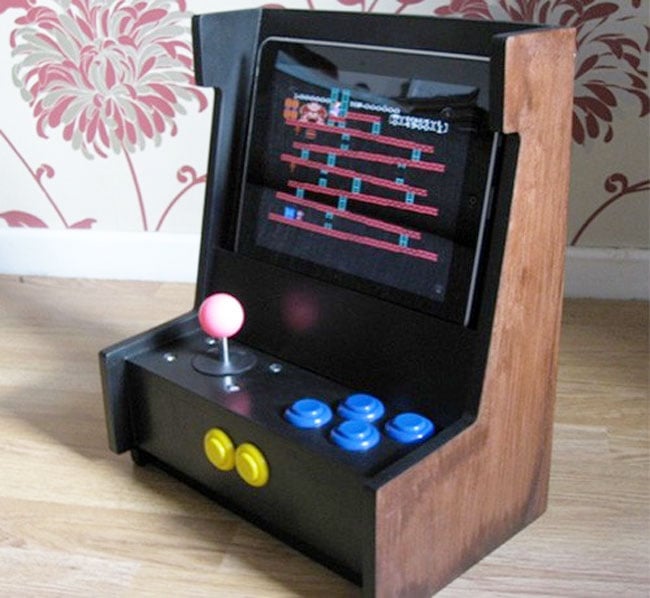 The Freekade connects to your iPad via bluetooth to your iPad that need to be Jailbroken, to be able to get the most from this device. Allowing you to play NES, SNES and PSX emulators all available from the Cydia store.

The iPad Freekade needs just two AA batteries to power the bluetooth interface positioned in the rear on the Freekade.

The Freekade is currently £62 on Ebay UK (iPad not icluded)