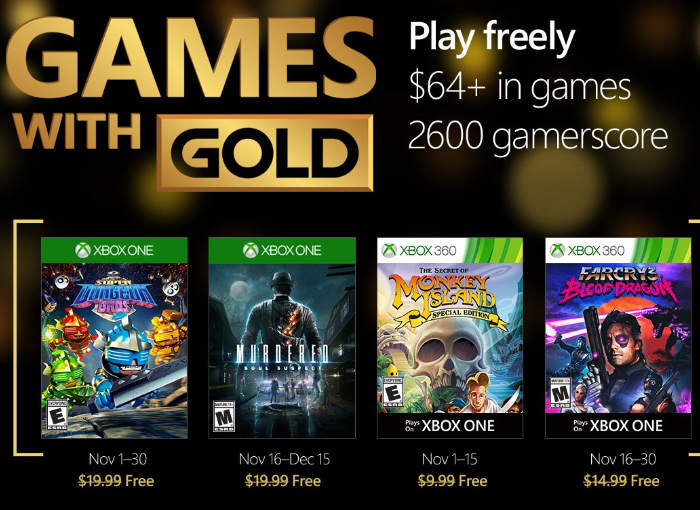 Today Major Nelson has revealed details of the games that Xbox Gold subscribers can enjoy next month during November 2016 Xbox one and Xbox 360 consoles.

During November 2016 Xbox Live Gold Members will have access to Super Dungeon Bros for free during the month of November and Murdered Soul Suspect as a free download from November 16th to December 15th for the Xbox One.

Xbox 360 games can enjoy Monkey Island: SE from Tuesday, November 1st through to November 15th and from November 16th Far Cry 3 Blood Dragon for free until November 30th. Check out the announcement trailer below for more details.