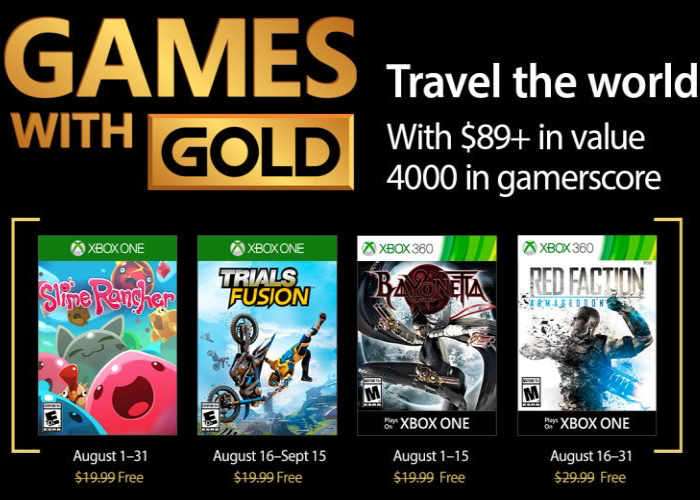 Microsoft has now revealed the free games that will be available via the Xbox Live Games with Gold subscription for August 2017, providing Xbox gamers with a variety of different worlds to explore and conquer.

Check out the video below to learn more about the selection of Xbox games that will be available for both the Xbox 360 and Xbox One console during August 2017.

On Xbox One, Xbox Live Gold members can download Slime Rancher ($19.99 ERP) for free during the month of August. Trials Fusion ($19.99 ERP) will be available as a free download from August 16th to September 15th.