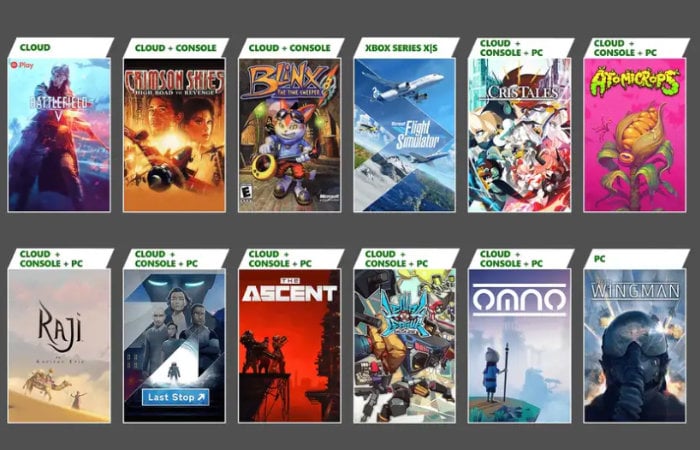 Major Nelson and the Xbox team have this week revealed more free Xbox games soon to be available via the Xbox Game Pass subscription service including Microsoft Flight Simulator, The Ascent and more. New games available to play from today include Battlefield V via Xbox Cloud and EA Play, together with Cris Tales via the Xbox Cloud, Console, and PC.

Microsoft Flight Simulator will be available for the Xbox Series X and Xbox Series S consoles from July 27th 2021 allowing you to flying a wide-ranging of different aircraft from light planes to wide-body jets. “Test your piloting skills against the challenges of real-time atmospheric simulation and live weather in a dynamic and living world. The sky is calling!”

“I hope you have a cleared-out gaming schedule, as we’ve got many games to look forward to through the rest of July with Xbox Game Pass! On July 27, we’re taking to the skies with Microsoft Flight Simulator on Xbox Series X|S, plus we’re continuing our 20 Years of Xbox celebration with some beloved Xbox classics I’m excited to revisit. That barely scratches the surface..”

For more information on all the free Xbox games now and soon available to play via the Xbox Games Pass subscription service jump over to the official website by following the link below.