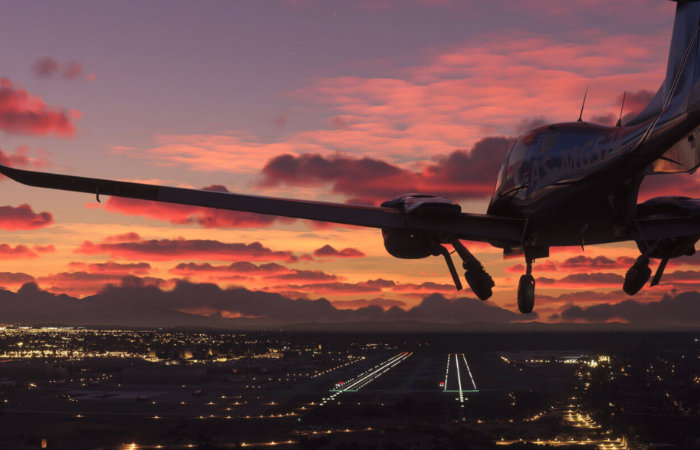 Xbox gamers patiently waiting for highly anticipated launch of Microsoft Flight Simulator on the Xbox Series X and Xbox Series S later this month. Will be pleased to know more information has been released by Microsoft regarding the new Flight Simulator Update 5 which will be rolling out when the flight simulator is made available for the Xbox platform on July 27th 2021.

The Microsoft Flight Simulator Update 5 will be available on PC and Xbox and more information about the launch on the Xbox Series consoles and the new improvements coming to the PC version in the video below. The next update for Flight Simulator will also bring improvements to the virtual reality performance but unfortunate no details on these have been announced as yet. Features of the new Flight Simulator update include :

– Comparison video SU4/SU5 showed 30% better frames-per-second and stutter-free flying in New York.
– Trees draw distance bug related to latitude, especially bad near the poles, is finally fixed. You really can’t see the tree line popping anymore.
– A big update on Live Weather is coming in 2022. Later this year a better METAR implementation with the Meteoblue weather data is expected.
– Due to the new CPU optimizations, glass cockpits and big airports don’t impact performance as much as before.
– Data of the Photogrammetry cities are up to 7 years old, they will be updated in the future when new and better data comes available.
– The United States is getting another World Update in 2022 covering more areas. A total of 6 different World Updates are expected next year.
– Sim Update 5 on PC uses DirectX 11, and the Xbox edition uses DirectX 12. The new performance boost comes from improvements to the sim itself.

“The official Developer Q&A Live gives some interesting discussion about the state of the MSFS, ongoing bugs, upcoming features, and the overall future of the franchise. The one-and-a-half-hour-long developer’s interview is usually held every month with Jorg Neumann, the head of Microsoft Flight Simulator, along with Sebastian Wloch and Martial Bossard from Asobo Studio. “

For more details of the new features Microsoft will be rolling out with the Flight Simulator Update 5 on July 27th 2021 jump over to the official blog by following the link below.