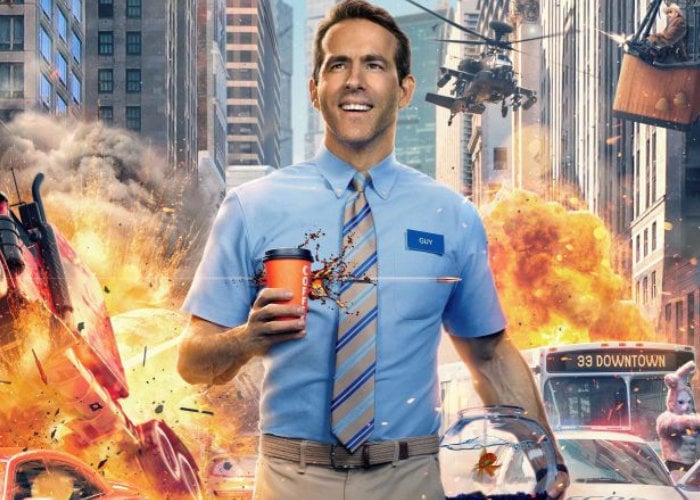 20th Century Fox has released a new trailer for the upcoming adventure comedy starring Ryan Reynolds, Jodie Comer, Joe Keery, Lil Rel Howery, Utkarsh Ambudkar and Taika Waititi. Free Guy tells the story of a bank teller who discovers he is actually a background player in an open-world video game, decides to become the hero of his own story…one he rewrites himself.

“Now in a world where there are no limits, he is determined to be the guy who saves his world his way…before it is too late.”

“In the open world video game Free City, an amalgamation of bad game and worse game, Guy (Reynolds) is a non-player character (NPC) working as a bank teller. Thanks to a program developed by programmers Milly (Comer) and Keys (Keery) inserted into Free City by the publisher Antoine (Waititi), Guy becomes aware of his world being a video game, and takes steps to make himself the hero, creating a race against time to save the game before the developers can shut it down.”

The Free Guy film as expected to premiere in theatre screens worldwide on December 11th, 2020, but as we already know, due to the ongoing coronavirus outbreak this date could be pushed back into 2021, similar to what has just happened with the latest James Bond film.