Today many Paypal and iTunes users are today reporting that their PayPal accounts have been cleared or charged huge amounts by fraudsters who have found their way into the users Paypal accounts via iTunes.

If you have your iTunes account linked to PayPal be careful as at least one group of scammers has found a way to charge thousands of dollars to iTunes accounts through PayPal. 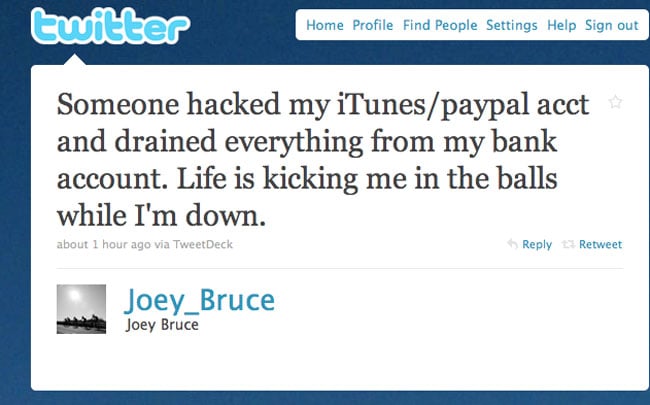 PayPal have confirmed that a large amount of iTunes accounts have been compromised by the attack.

One users email account had 50 iTunes receipts from PayPal for $99 each but was able to catch the payments before they were honoured by his bank.

But other not quiet so lucky have tweeted: Someone hacked my iTunes/paypal acct and drained everything from my bank account. Life is kicking me in the balls while I’m down.

The problem seems to be on the iTunes side of the fence but Apple are yet to release an official status report.