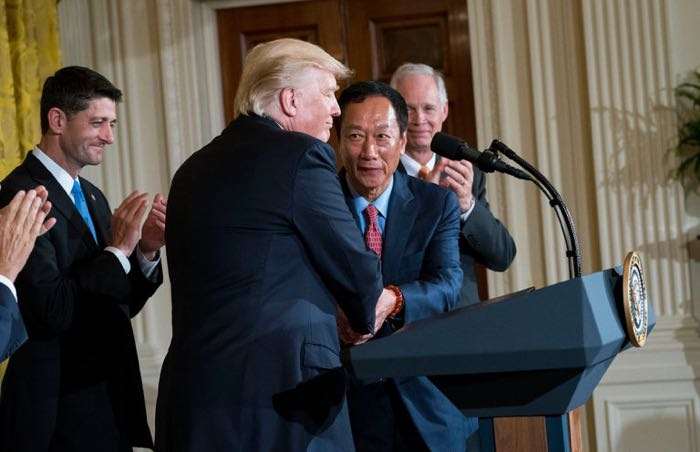 The new Foxconn manufacturing plant will create more than 3,000 jobs in the US and it represents a $10 billion investment.

The news of the new plant was announced at the White House in a press conference with President Trump and Chairman of Foxconn, Terry Gou.

The plant will manufacturer LCD displays for TVs and other consumer electronic devices, the Foxconn Chairman made a statement at the press conference which you can see below.

“TV was invented in America,” Mr. Gou said at the White House, before noting that products like LCD displays and similar technology were no longer made here. “We are going to change that. It starts today in Wisconsin.”

Foxconn will apparently receive around $3 billion in tax breaks and subsidies over the next 15 years for their investment in this new plant.