This week Foursquare has announced that their Foursquare superusers will receive access to web links to map editing tools, in a move that has been created to encouraging the Foursquare community to directly edit map data.

Foursquare’s maps are powered by MapBox and use OpenStreetMap and now building on the move to join the OpenStreetMap movement just over a year ago Foursquare has rolled out the new update. No plans have been mentioned by Foursquare to expand access to regular users. 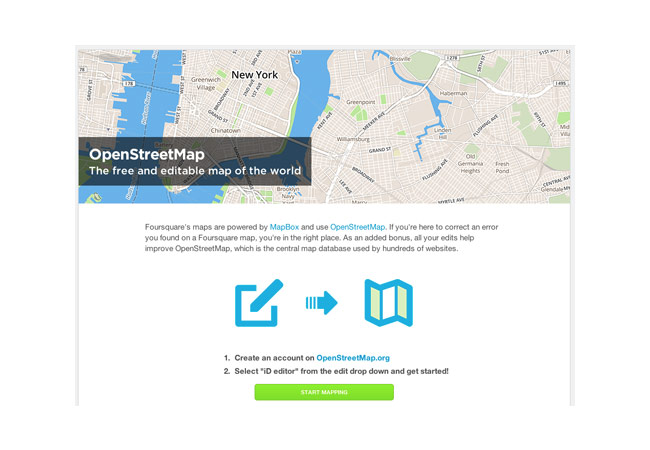 “Now, Foursquare users will see an “edit map” link when editing places on Foursquare.com, which leads directly to OpenStreetMap’s web editor at the right location, where they can join OSM and make updates. Today, it’s rolling out to Foursquare Superusers in the UK, Australia, Germany, and Brazil. We’ll be expanding in the future to other places where location data can be improved.”

For more information on the new Foursquare update jump over to the Foursquare website for details.