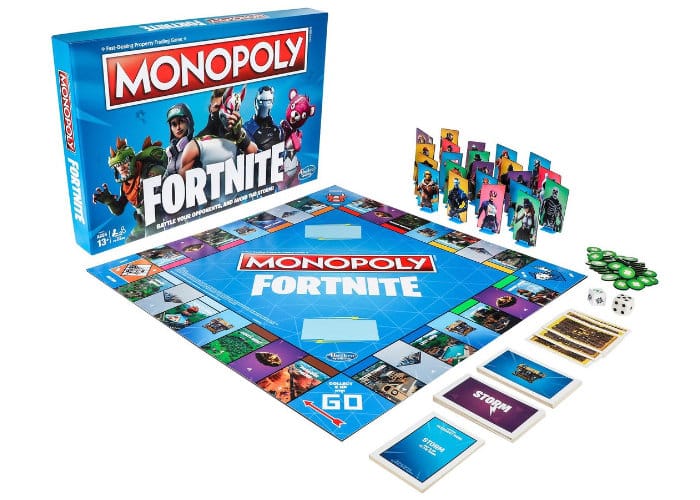 Fortnite fans may be interested to know that a new Fortnite Monopoly board inspired by the video game has been created and is now available to preorder directly from the Zavvi website priced at £27. If all goes well the Fortnite Monopoly game will be officially launched on November 26th, 2018.

Unlike traditional monopoly the Fortnite includes a few extra features, with all players having to battle it out to be the last player standing. Money Has been transformed into health points, boogie bombs within the game make everyone lose a life, and walls can be used to protect your spaces.

“Fortnite monopoly is now a thing, and it’s available for pre-order from Zavvi.com. For a healthy £26.99, this weird and wonderful board game could be yours on the 26th of November.” As soon as more details are released including trailers, reviews and gameplay will keep you up-to-date as always.

Thrilled to show you the final art and game board for Fortnite Monopoly! It’s so so fun and such a unique spin on the classic game mashed up with last player standing Fortnite. In stores Oct 1st!!! pic.twitter.com/aNqJmvfpb2