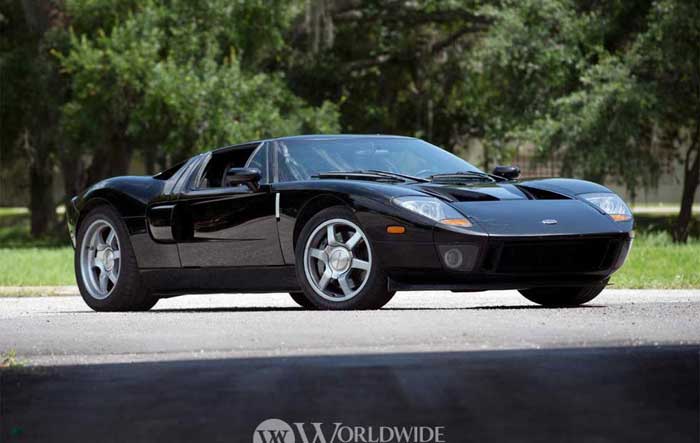 When Ford was working on the original Ford GT supercar it made several prototypes. The latter prototype cars were all designed to test specific functions of the ride and most of them were speed limited to 15mph. The black beauty you see here is Ford GT Confirmation Prototype 4 or CP4.

This is the actual car that Ford used in testing to run over 200mph. That feat was much touted at the time. This car is fully road legal and has been maintained by a Ford GT Master Tech. It has working AC and some interesting differences between it and production cars.

The car lacks airbags and has a carbon fiber inner clamshell that never made it into production. The car is also fitted with a new clutch, rewired electrical system, and working AC. We have no idea of the mileage on the car. In the past a speed limited CP car sold for over $750,000, auction house Worldwide Auctioneers undoubtedly expects more.