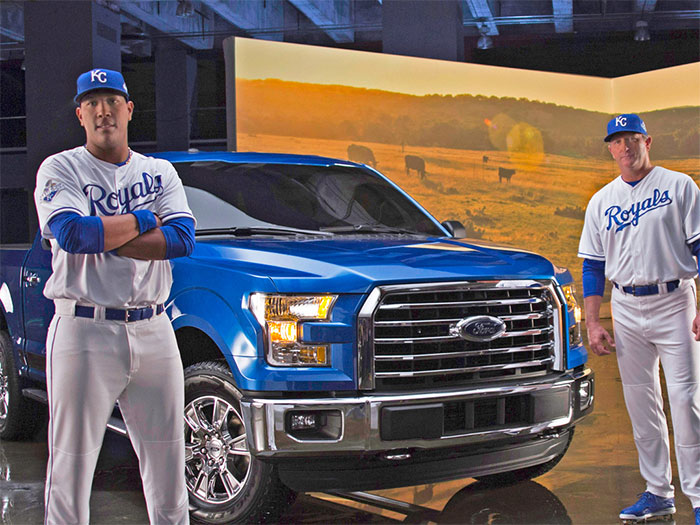 Ford has announced that it will be building a very limited edition run of F-150 trucks to celebrate the World Series win for the Kansas City Royals. There will be 300 of the trucks made and Ford says the decision to build the truck was at the suggestion of a Ford customer. Back in 1986 Ford built a Ranger MVP edition to celebrate the first world title won by the Royals.

The F-150 MVP edition will be based on the XLT with chrome package truck and can be had in Oxford White or Blue Flame colors. The truck gets special F-150 MVP badges, unique polished stainless rocker panels, and a spray-in bed liner. The F-150 MVP edition is only available at Kansas City area Ford dealers.

“Like our manufacturing team members at Kansas City Assembly Plant, the Kansas City Royals are a great example of what terrific teamwork can accomplish,” said Gary Johnson, Ford vice president for North America manufacturing. Midwest Ford Dealers has also renewed the sponsorship agreement with the Kansas City Royals for 2016. The truck looks really good in the blue color with chrome wheels. I wonder if dealers will be marking the trucks up, it’s common practice on all limited edition Ford cars.