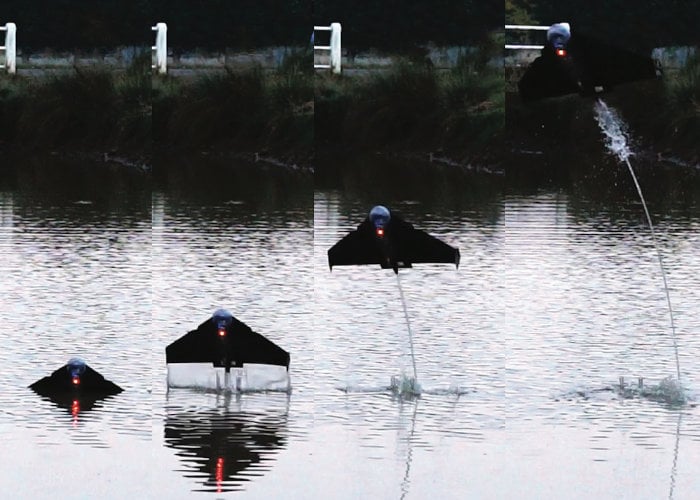 Details of a new drone have been revealed this week that is capable of taking off from water thanks to an explosion powered water jet on the rear of the drone. The water jet allows the drone to be propelled by a gas explosion launching it from the surface of water. The gas explosion is generated using small amounts of calcium carbide powder stored inside the robot, and water. Water is mixed with the powder one drop at a time, producing acetylene gas, which gets piped into a combustion chamber along with air and water. Check out the demonstration video below to see it in action. 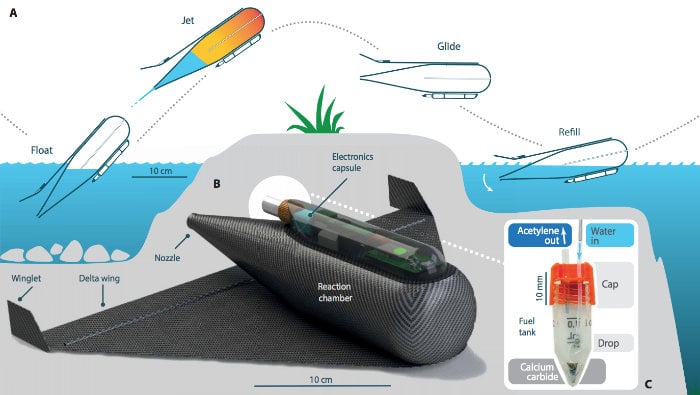 Jump over to the website below for more details on the Flying Fish drone and the development of its new propulsion systems.