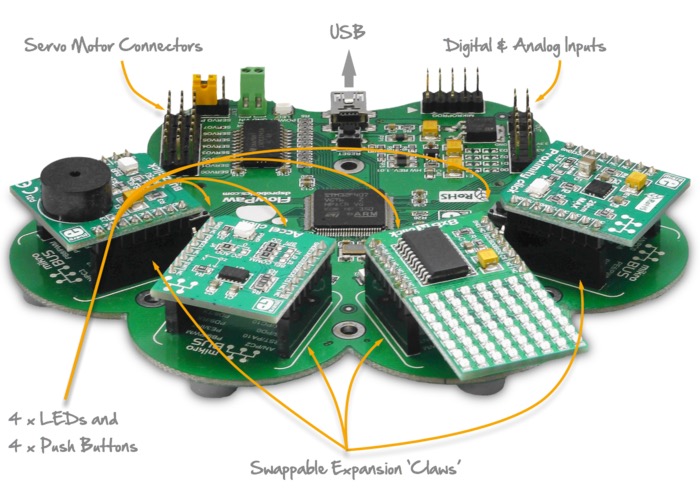 Anyone interested in learning to code or would like to help someone else learn, may be interested in a new educational coding platform called FlowPaw which has been designed to make learning computer coding interactive, fun and engaging.

Designed by DSP Robotics based in London the FlowPaw comes complete with its own drag-and-drop software which enables learners to create gizmos quickly and efficiently and see how they work.

The FlowPaw project is currently over on the Kickstarter crowd funding website looking to raise $19,500 in pledges to start production of the development board. Its creators explain a little more about the features and functionality of this new educational tool which can help children or adults learn computer coding.

“FlowPaw is an electronics board that plugs into a PC via USB. It has all the things you need to build your own gadgets and gizmos: buttons, LEDs, sensors and electronic inputs. You can also plug remote controlled (RC) servo motors directly onto the board to create robots or other mechanical devices.

FlowPaw is expandable using extensions called Click Boards. There are 4 claws on the Paw and each can take a different click board.Currently we support 10 Click boards and we will be adding 10 more by the end of the campaign. 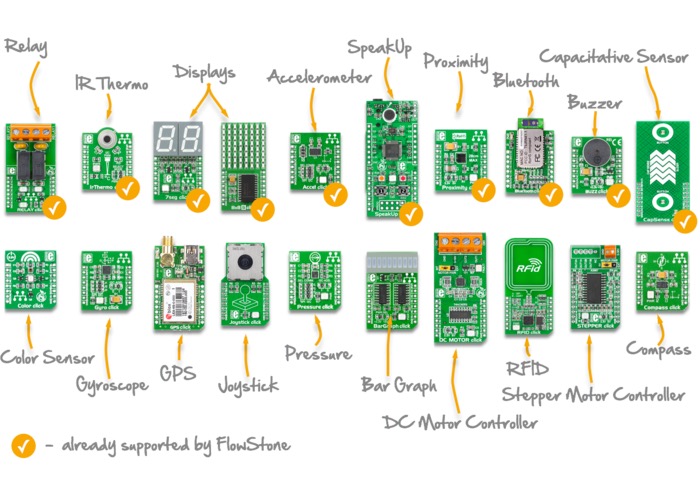 We’ve partnered FlowPaw with FlowStone STEM a new version of our award winning graphical programming software, FlowStone. It’s super intuitive; by simply connecting building blocks together you literally draw out a program. Best of all, everything works in real time so you can modify your creation as it’s running! “

So if you think FlowPaw is something you could benefit from, visit the Kickstarter website via the link below now to make a pledge and help FlowPaw become a reality with pledges starting at £85.